After the tightening of measures for cryptocurrency trading in May, there is more and more talk about a new location that would be adequate for the relocation of a large number of Bitcoin miners from China. Apparently, the destination is the state of Texas. 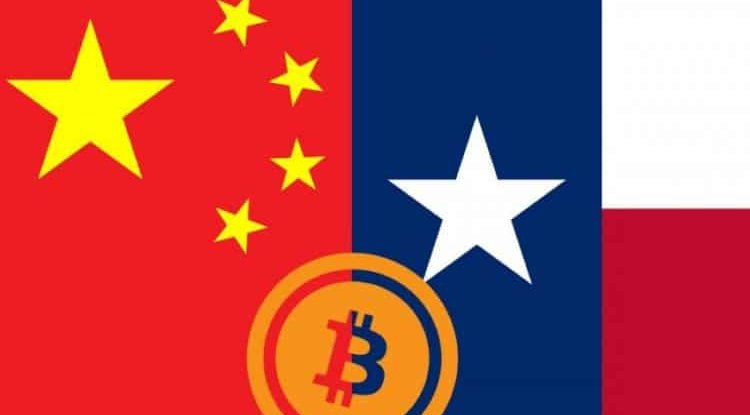 Thanks to a good portion of electricity coming from renewable sources, the US state of Texas could become the new destination for a large number of cryptocurrency mining farms, which plan to emigrate from China.

Mining is a process that requires a serious amount of electricity, to maintain the existing network and generate new coins as a reward for the miners. The Chinese provinces of Xinjiang, Inner Mongolia, Sichuan, and Yunnan were ideal for miners due to cheap electricity. Sichuan and Yunnan received electricity mainly from hydro, and Xinjiang and Inner Mongolia from thermal power plants. However, it seems that these are no longer locations where miners will be able to stay for a long time.

Beijing has begun introducing measures that prevent cryptocurrency trading within China. It seems to us that this is just one of the measures that the Chinese government plans to introduce to have greater control over cash flows within its country. On the other hand, the officials of this country strongly believe and invest in blockchain technology, as an ideal basis for economic development, supply chain management, monitoring, and data sharing, for use in public services ...

The miners have already started packing their suitcases in Inner Mongolia, which has not met the climate targets imposed by Beijing, giving Bitcoin miners two months to relocate their machinery, directly blaming them for overspending in the region.

The future of miners in China is uncertain

This immediately became evident because the Bitcoin hash rate dropped significantly, which means that installations across the country are shutting down for the sake of relocation or sale. At this rate, it would not be impossible for over 50% of Bitcoin miners to move completely out of China. On the other hand, companies that have invested large amounts of money in Bitcoin mining in China are not reconciled with the fact that their future is uncertain, so it is very likely that they will move their farms to countries where they will have a calmer climate and a certain future.
The good thing is that the machinery needed to dig for Bitcoin and other cryptocurrencies is easily portable, and does not require too expensive and specialized conditions. It is enough to provide good cooling, internet connection, and cheap electricity.

Texas - the promised land for miners

In addition to Texas, an alternative to miners could be Kazakhstan, China's neighbor whose electricity also comes from "dirty" sources - coal-fired power plants. In addition, Kazakhstan has liberal laws when it comes to building construction, which is ideal for miners who want to quickly make physical installations for their farms in a short period of time.