Before the release of Intel's 12th generation Core "Alder Lake" processor, board manufacturers are starting to hint at their products that are Socket LGA 1700 compatible. 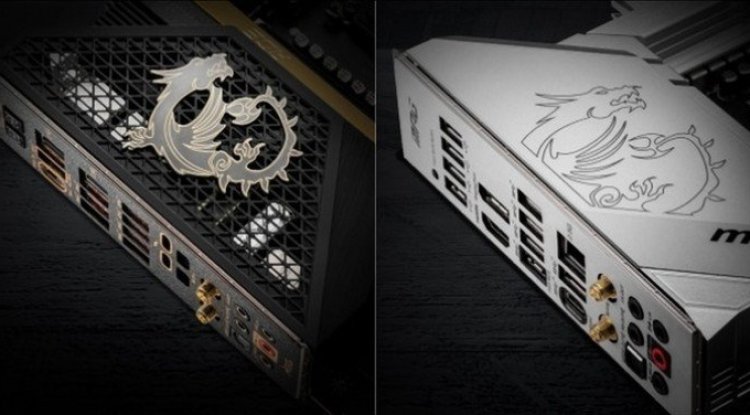 Before the release of Intel's 12th generation Core "Alder Lake" processor, board manufacturers are starting to hint at their products that are Socket LGA 1700 compatible.

Reports from earlier suggest that during 2021, Intel will release unlocked “K” and “KF” processor models, and the company’s partners will only release boards based on the premium Intel Z690 chipset. The line will be joined by more affordable processors without the "K" in the name, and they are expected during the first quarter of 2022, along with weaker chip models such as the B660 and H670. The MSI MEG Z690 ACE will implement a new design, with a metal I / O cover and a gold / black finish. The I / O design looks interesting because it allows the VRM heat conductor to function better.

The silver and white MPG board is probably the MPG Z690 Force. There is also a third teaser, which most likely displays the MAG Z690 Tomahawk motherboard.

Like other manufacturers, MSI will offer a large line of Socket LGA 1700 motherboards with DDR4 slots for the MAG and Pro series. The MPG and MEG series are expected to support DDR5.