The new Alder Lake processors are undoubtedly interesting, but they also use a new socket, so they require new motherboards. 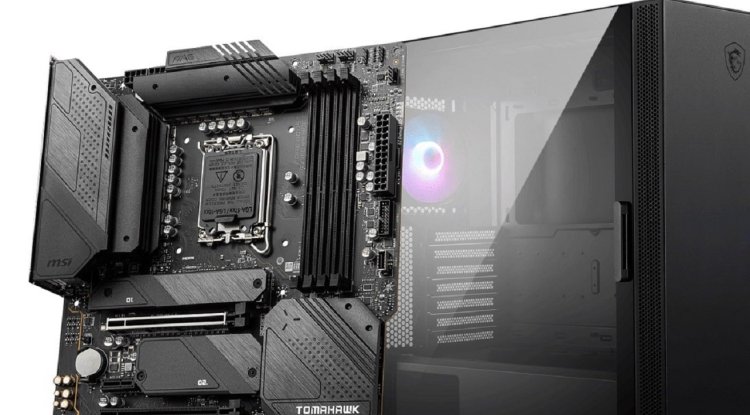 The new Alder Lake processors are undoubtedly interesting, but they also use a new socket, so they require new motherboards. The processors contain both a DDR4 and DDR5 RAM controller - but new memories are expensive and difficult to access.

Still, do you prefer to choose a newer solution in the form of DDR5? In this case, you will need a suitable motherboard - for example, one like our today's guest.

MSI MAG Z690 Tomahawk Wi-Fi is a well-equipped, but not top-of-the-line motherboard with the LGA 1700 socket. The board is available in both the DDR5 and DDR4 versions (in this case, we will find the appropriate annotation on the box).

The board may not offer such additions as a backplate or other bells and whistles, but the manufacturer emphasizes many other improvements, such as an enlarged heat sink for the power section (16 + 1 + 1) or heat sinks for all M.2 sockets. After looking at its specification, you will admit that nothing significant is missing here.

First of all - slots. The reinforced PCIe x16 slot closest to the CPU socket is 5.0 compliant. The other two x16 slots are already connected to the logic chip and offer x4 (3.0) and x1 (3.0) bandwidths. There is also one PCIe x1 slot that complies with the 3.0 standard.

Under the heat sinks marked with numbers (between the slots) there are as many as four M.2 sockets, three of which are PCIe 4.0 (x4) compliant.

In the case of SATA sockets, there are six standard (for ATX boards) - four of which are placed vertically and two horizontally.

In addition to the 24-pin power socket, there are also two additional 8-pin sockets that should provide the right amount of energy for both the processor and RAM.

On the rear panel we find:

Due to the post-Christmas frustration associated with the number of cheesecakes consumed, it would be appropriate to stick to something ... but there is not much to do. Sure, the price could be a bit lower and it is a pity that there is no M.2 socket compatible with PCIe 5.0, but the current designs require some combination in this matter. We know, however, that it is possible.

Like every benchmark, we love technical innovations, but investing in a platform with a new generation of RAM should be approached with caution. The situation is always the same, i.e. new types of RAM just after the premiere do not offer much more than the old generation. I assume that all the advantages of DDR5 will begin to appear about a year after its premiere. Therefore, if we were to buy a platform based on Intel Alder Lake processors, we would rather invest in a DDR4 motherboard.

However, if you decide to go with DDR5 (and you managed to buy only memory at an attractive price - which is not easy at all), then MSI's proposal makes sense. If so, you can always choose the DDR4 version.