MSI motherboards for players with a smaller budget

Are you planning to build a new computer, but are waiting for cheaper motherboards? If so, we have good news, photos of the Intel B660 chipset have been leaked. 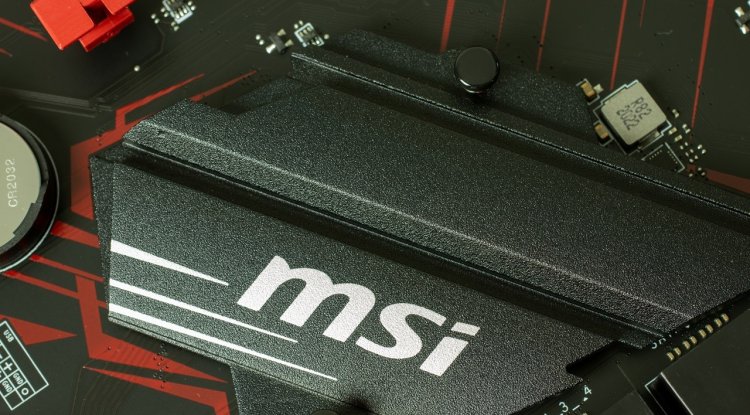 Are you planning to build a new computer, but are waiting for cheaper motherboards? If so, we have good news - photos of several new models with the Intel B660 chipset have leaked to the network, which may become a hit among players with a less wealthy wallet.

Intel B660 motherboards should be of interest to players who plan to build an inexpensive computer with the new 12th generation Core processors (unlike the Z690 design, this time there is no possibility of overclocking models with an unlocked multiplier).

All models are equipped with the LGA 1700 socket and four banks for DDR4 RAM. The difference comes down to the style and set of ports - this is the equipment that will allow you to build a good and functional set.

MSI MAG B660 Tomahawk WIFI DDR4 is a proposal for players who are looking for an effective and functional board. Interesting design and a strong power section with extensive cooling draw attention.

The manufacturer has also provided a pretty good set of connectors - the board includes, among others, two PCI-Express x16 and one PCI-Express x1 slots, as well as three M.2 slots (hidden under the heat sinks) and six standard SATA slots. The entry Wi-Fi means the use of a wireless network card.

The MSI MAG B660M Mortar WIFI DDR4 model is one of the smaller designs (mATX type), but it certainly cannot be denied an effective design. There was also a strong power section.

Due to the smaller size, the manufacturer has provided a more modest set of ports. There are, among others, at the disposal of two PCI-Express x16 and one x1 slots, two M.2 (with heatsinks), and six regular SATA slots. There was also a wireless Wi-Fi network card.

The MSI MAG B660M Bazooka DDR4 board should also attract the attention of players - the manufacturer focused on interesting, black and green colors and effective, extensive heat sinks.

The bazooka also belongs to the mATX models, it offers a more modest set of ports than the "mortar". The manufacturer has made available, among others two PCI-Express x16 and one PCI-Express x1 slots, two M.2 slots (only one has a heatsink), and four regular SATA slots. This time we will not find a wireless network card.

Finally, the proposal is aimed mainly at content creators. The MSI PRO B660M-A DDR4 model does not look so impressive, but it will allow you to build a basic computer set with new Intel processors.

The laminate provides, among others two PCI-Express x16 and one PCI-Express x1 slots, plus two M.2 slots (one of them has a heatsink) and four SATA slots.

According to the user chi11eddog, the premiere of Intel B660 motherboards was scheduled for January 4, 2022 (which would coincide with earlier leaks). The new models are to debut together with the next, cheaper 12th generation Core processors.