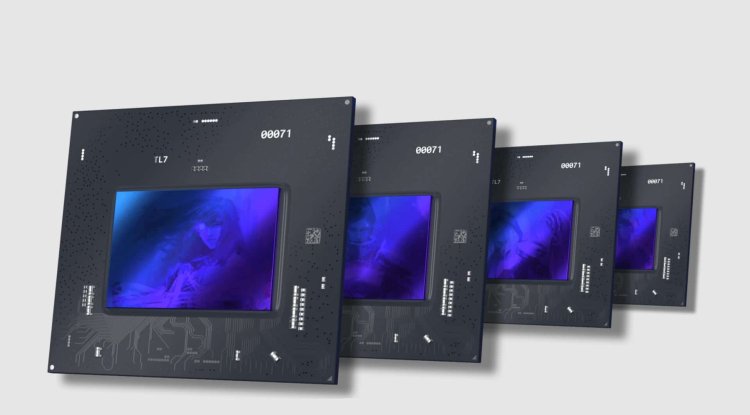 The MSI Summit E16 Flip EVO is a high-end convertible that startled me when it was unveiled last summer because of its remarkable visual appeal, light and slim design, and large 16-inch multi-touch screen that intended to deliver the best mix of visualization, productivity, and mobility.

The convertible was powered by Intel 'Tiger Lake' processors and included an NVIDIA graphics card. A new model has now debuted on the PugetBench testing site, emphasizing the debut of an Arc A370M graphics card. It is one of the models that Intel has prepared for its return to the dedicated category, and according to the site's rating, it will provide adequate performance.

The update to this MSI Summit E16 Flip EVO will also include the CPU, with a Core i7-12700H processor with 14 cores and 20 threads, and the memory, as the convertible will be one of the first to use the new LPDDR5-6400 memories for laptops, whose version for desktops has already been presented by MSI and whose deployment is expected as laptops with Intel's Alder Lake processors hit the market.

The Intel Arc A370M is based on the DG2-128EU GPU and is expected to have 4 GB of GDDR6 memory on 64-bit memory. Intel will promote the A380 series above it in the same way that it markets desktop models, but it will be reserved for computers designed to run games.

The PugetBench score does not reveal the Arc A370precise M's performance level when compared to NVIDIA mobile GPUs, but as we can see, Intel is pushing manufacturers to use it as a much-needed alternative in the present graphics market condition.

For the most part, it is unsurprising that MSI chose this model for its debut. A remarkable convertible that we believe will retain the previous model's 16-inch screen with QHD+ resolution, multi-touch technology with stylus support, great autonomy, and versatility for multiple modes of use (laptop, tablet, tent) with its convertible configuration.

Recall, MSI has introduced an ‘all-in-one’ desktop computer, which is specifically built for home offices and any user looking for this type of AIO equipment.

CPU for this model, namely a powerful AMD Ryzen 7 5700G with 8 cores and 16 threads with a maximum frequency of 4.6 GHz. It features AMD Radeon graphics and a reasonably fast CPU for an AIO, which MSI has reinforced with a server-grade cooling system to keep temperatures under control.

It contains two SO-DIMM slots for up to 64 Gbytes of DDR4 memory, as well as dual internal storage drives, an M.2 SSD, and a 2.5-inch bay. Its connectivity is adequate for such a little device, thanks to a Realtek Ethernet LAN and an Intel AX210 processor that supports the most recent wireless standards: Wi-Fi 6E and Bluetooth 5.2.