The immortal character created by Antoine de Saint-Exupéry returns to the IWC catalog in a dazzling piece with a tourbillon and perpetual calendar. 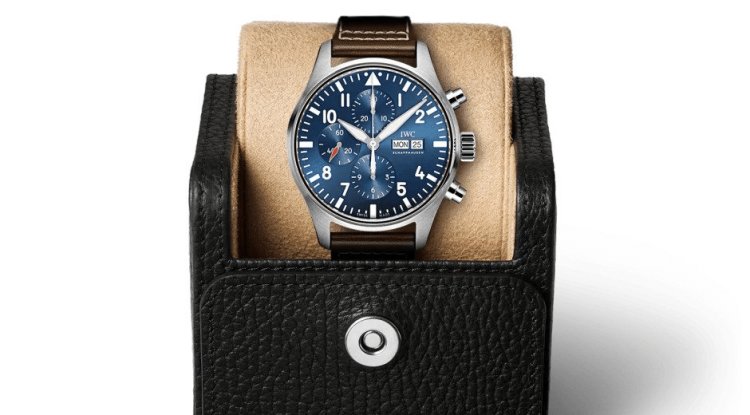 It is undoubtedly one of the most famous books in the world. It first saw the light in 1943 and since then it is estimated that more than 150 million copies have been sold. Rare is the child who has not had the opportunity to take his first steps in reading accompanied by this little character.

It is now fifteen years since the first watch dedicated by IWC to the figure of The Little Prince. It was possible thanks to the collaboration with the descendants of the French writer and pilot. Since 2009 this collaboration has been channeled through the Antoine de Saint-Exupéry Youth Foundation. Since then, special editions dedicated to The Little Prince have become a classic in the IWC catalog. Rare is the year that the firm does not give us a new piece.

They all have two elements in common. The first is the dark blue finish of its covers, a tribute to the night sky, so important in Saint-Exupéry's works. The second is the appearance of the figure of the character in some space of the clock. For this, the illustrations made by the French writer himself are recovered. The new IWC Great Pilot's Watch Perpetual Calendar Tourbillon Edition The Little Prince complies with these two rules, although they are not the only attractions that the watch offers us.

Unlike previous deliveries, this time we are talking about a completely new watch. Its caliber 51950 has been on the market for three years now (it was released on the occasion of the 150th anniversary of the firm), although until now it had only been found in the Portugieser collection. It is an excellent mechanism from the 5000 series, whose references always stand out for their long power reserve. The movement is completed this time by a flying tourbillon and an integrated perpetual calendar device.

The case maintains the basic characteristics of the well-known Great Pilot's Watch, including its huge conical crown. Although it keeps an important secret: what appears to us as the usual rose gold used in watchmaking, it is actually an alloy used exclusively by IWC for two years and called Armor Gold. This variant of gold is considered 5-10 harder than conventional rose gold.

Now focused on the character, there are two elements of the edition where the presence of The Little Prince shines more strongly. The most important is the movement charge rotor. Made in 18-carat gold, this piece takes the shape of the little planet from which The Little Prince comes. The generous diameter of the caliber 51950 allows the designers of the house a refined aesthetic work, although difficult to carry out. The rotor is still a functional part, so the chosen pattern must guarantee a perfect displacement that guarantees the optimal load of the movement.

In addition, we find it again in the beautiful representation of the lunar phases that appears within the month counter, attached to the 6 o'clock index. Each month the satellite performs its continuous rotation, so exact that the clock barely registers a deviation of one day each cycle of 577 years and 6 months.

Made in a strict edition of 50 pieces, we cannot think of a better tribute to this literary icon.