Mortal Kombat is one of the games that can certainly be said to have defined and further “deepened” the fighting genre. 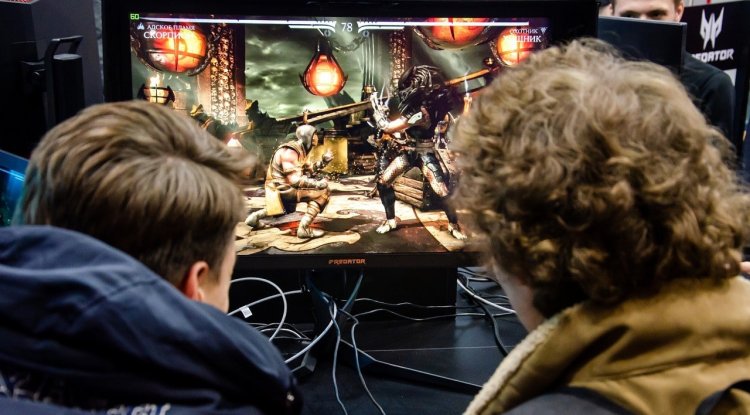 Mortal Kombat is one of the games that can certainly be said to have defined and further “deepened” the fighting genre, which we got to know through Street Fighter games. Lots of combos, characters, the pleasure you would feel if, thanks to your skills, you managed to give your opponent a deadly "Fatality" and get a "Flawless Victory". But not much was known about the new, twelfth sequel. Until recently.

Recently, information about the Mortal Kombat 12 game seems to have been 'leaked' by producer NetherRealm Studios, the studio in charge of game development.

Jonathan Andersen, senior production manager at NetherRealm, recently posted on Twitter a picture of his desk covered in Mortal Kombat pictures. Some fans noticed that the monitor screen in the corner of the image shows a file called "MK12_Mast…", while e-mails on the screen say "our fans are eagerly browsing the Internet" and "pay special attention to this material", suggests that Mortal Kombat 12 under construction.

However, fans of the famous series of fights suspect that the picture may not have been an "accidental" leak at all, but a deliberate showing and making known about the next sequel to NetherRealm Studios.

Moreover, GamesBeat journalist Jeff Grubb claimed in 2021 that he had heard that NetherRealm was working on Mortal Kombat 12 and not on the new Injustice game, due to concerns about whether Warner Bros. Games sell the studio in the future. But then the question arises as to whether this leak was really an accident. After all, NetherRealm boss and co-creator of the series, Ed Boon, is known for teasing, and fans are often unsure which of his tweets are teasing and which aren’t. So a ‘leak’ of teasing would be on the brand for the studio.

It is likely, therefore, that Mortal Kombat 12 will be announced in the coming months, and the game will be released in 2023, adhering to the four-year release pattern that NetherRealm has followed so far.