Lightelligence has discovered the world's first small-format computer device based on photonics, meaning it uses light to perform computer operations. 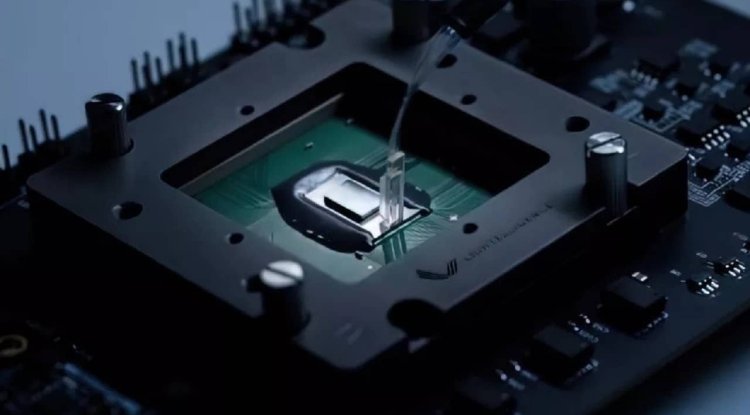 Lightelligence, a Boston-based photonics company, has discovered the world's first small-format computer device based on photonics, meaning it uses light to perform computer operations. The company claims that their unit is "hundreds of times faster than a typical computer unit, such as the NVIDIA RTX 3080". 350 times faster, more accurate, but that only applies to certain types of applications.

Still, in the demo phase, the Photonic Arithmetic Computing Engine (PACE) integrates electronics and photonics into a single chassis, performing operations at the speed of light and thus achieving extreme acceleration for certain AI, deep learning, and machine learning workloads.

PACE speeds up certain matrix acceleration applications much faster than the NVIDIA RTX 3080 due to the very nature of its computing elements. It is easy to understand: the delay, which is the time frame between the time when the event was ordered to happen and when it actually happens, is much, much lower in the Lightelligence system. This advantage is achieved because the data moves at the speed of light.

To achieve this, Lightelligence knew that it would have to focus not only on the optical capabilities of PACE but also on the traditional semiconductors and software solutions that connect the two. The company is thus described as a supplier of hardware and software. They also designed algorithms specifically designed to solve some of the most basic computing problems of today in a photonic environment.

" One of the unique advantages of Lightelligence over other companies developing optical computing is our ability to jointly design many different domains, " said Ervan Di Vita, lead engineer for PACE at Lightelligence. “ Our photonics engineers work together with analog, digital, and software engineers to design chips, which are then manufactured and installed in 3D systems by our post-silicon teams. Without such innovations from our optoelectronic packaging team, none of this would be possible. "

According to the company, " PACE is effectively looking for solutions to several of the most difficult computer math problems, including Ising's problem and problems with Max-Cut and Min-Cut graphics, illustrating the real potential of integrated photonics in advanced computing. "

In that perspective, we can classify it as an ASIC (application-specific integrated circuit) type: it does very few things (or one thing) very, very well.

As Dr. Jichen Shen, founder and CEO of Lightelligence, put it, "these problems belong to an important class of unsolvable mathematical problems known as NP-complete ones that have stunned mathematicians for the past 50 years," he said. " Algorithms for NP-complete problems are important because these problems can be mapped to each other and have hundreds of practical applications in areas that include cryptography, power grid optimization, and advanced image analysis. The progress we have made on NP-complete combinatorial optimization problems illustrate the potential of our technology to transform computing. "

However, PACE achieves this desired specialization through an additional field of computing - which not only makes the system faster but also makes it incredibly efficient. While traditional semiconductor systems have a problem with excess heat due to the flow of current through nanometer-level characteristics at sometimes ridiculous frequencies, the photon system treats its workloads with zero ohmic heating - no heat produced by current resistance. Instead, it's all about the light.

Lightelligence is based on the doctorate of its CEO and the legitimacy it provides. That's because when "Deep Learning with Coherent Nanophoton Circuits" was published in the journal Nature in 2017, Lightelligence CEO and founder Iichen Chen had already predicted the path for optical circuits to be machine learning ringers. By 2020, the company had already received $ 100 million in funding and employed about 150 employees. A year later, Lightspeed achieved a demo product that it says is "hundreds of times faster than a typical computer unit, such as the NVIDIA RTX 3080". 350 times faster, to be more precise.

PACE's debut aims to attract enough capital to comfortably achieve its goal of launching AI accelerator pilot products, which is scheduled for 2022. Although this does not seem easy to achieve, the company's goal is to develop and distribute hardware to the mass market. A solution based on photonics as early as 2023, targeting the markets for artificial intelligence in the cloud, finance, and retail. Given how Lightelligence has managed to improve design performance over a two-year period, it will be interesting to see where their efforts will take them and whether they will be able to meet their launch deadline expectations.