Another desktop kit from AMD with a console SoC is expected to hit retailers. At least that's what rumors and photos that are currently circulating suggest. 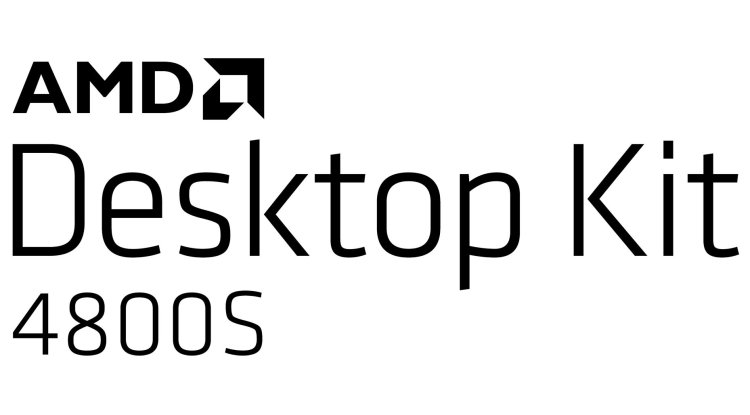 Another desktop kit from AMD with a console SoC is expected to hit retailers soon. At least that's what current rumors and photos that are currently circulating suggest. The plan is to launch a 4800S desktop kit including a dedicated graphics card in a bundle, which is an RX 6600.

According to current rumors, AMD is planning to release another desktop kit, which should go on sale at the beginning of the year. Again, a console SoC without an integrated graphics unit is used, but this time the package is tied with an additional graphics card, while the feature set is also expanded.

More precisely, support for PCI-Express 4.0 is planned, while an M.2 slot for SSDs and an integrated Wi-Fi solution are also on board. There is also support for AM4 coolers. The said graphics card, which is bundled with the 4800S desktop kit from AMD, is a Radeon RX 6600 that comes from board partner Powercolor.

However, details on the exact design of the built-in SoC and the memory configuration are still missing. However, it is sometimes speculated that this time it is about the chip that is also installed in the Xbox Series X. The reason for this assumption is that the previous desktop kit with 4700S SoC used the Playstation 5 chip as a basis and there is therefore only one alternative. However, AMD could still rely on a 4700S, which has simply been drilled a bit in terms of clock speed.

Information on price and specific availability remains to be seen. There is currently the talk of an appearance in the first quarter of 2022. The previously released 4700S desktop kit has been available since the summer of this year. The hardware's biggest weak point, however, was the built-in PCI Express 2.0 slot with only 4 lanes.