New MSI flagship in a bundle for 2500 USD 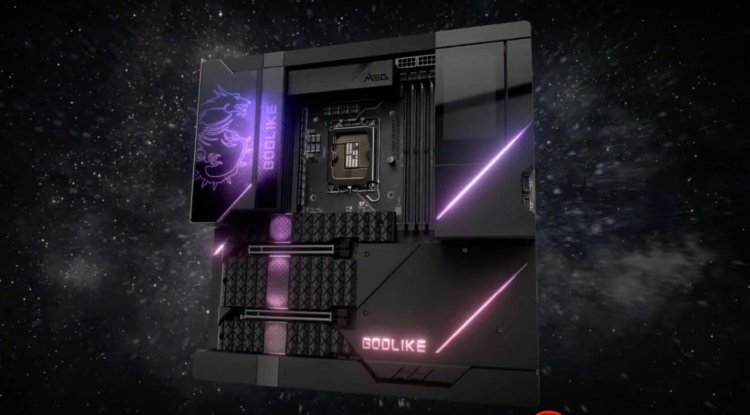 Mainboards with the terms Crosshair, Godlike, Maximus, Rampage, Taichi, Aorus Extreme, Unify or Ace make the hearts of PC enthusiasts beat faster, as they represent the top of the respective model series. Therefore, read the following from MSI's new flagship, the Z690 Godlike.

With the Pro, MAG, MPG, and MEG series, MSI has mainboards for a wide variety of users on a wide variety of budgets. However, there are still huge price differences in the MEG series, which is aimed at enthusiasts. So far, the "entry" has been marked by the MEG Z690 Unify, which costs around 660 USD. This mainboard is already complete overkill for most users and offers an extremely large number of features, while - characteristic of the Unify series - it comes along absolutely discreetly without annoying lighting. Above is the Z690 Unify-X for 660 USD, which only offers two storage slots. These should enable the shortest possible routes and be able to achieve the last percent with extreme OC. So far, MSI has offered willing customers the Z690 Ace for 850 USD. This gold-accented E-ATX board is aimed at wealthy customers,

Now you could ask yourself whether a model is really missing above an 850 USD mainboard for a mid-range socket, but MSI seems to answer that with a resounding yes. The Z690 Godlike is to be sold in a bundle with 32 GB Kingston Fury Beast RAM and an MSI MEG Core Liquid at a recommended price of 2500 USD. The necessary or presumably used Core i9-12900K must be purchased externally, which increases the price of the mainboard to over 1700 USD.

In return, the buyer receives a fully disguised monstrosity of the mainboard with the removable IPS display, which, according to MSI, is unique in the world. Apparently, many UEFI settings can be made with the 3.5-inch display (800x480). On the plus side, there are two PCI-E 5.0-x16 slots, one of the 4th generation via chipset, six M.2 slots, four of which work with PCI-E 4.0, and one with PCI-E 5.0. When fully expanded, 128 GB DDR5 memory with up to 6,666 MHz should be possible. The I / O shield looks impressive, a 10G and a 2.5G Lan port are flanked by eight USB 3.2 Gen2 ports and two Thunderbolt 4 ports. Two mini-DP port inputs are available for multi-monitor setups. Thankfully, graphics outputs for the onboard graphics units of the Alder Lake chips have not been used. Wi-Fi 6 and Bluetooth 5. 2 are also on board. Complete audio equipment with S / PDIF, as well as clear CMOS and BIOS flash buttons, can also be found.