Old SpaceX rocket is about to hit the MOON 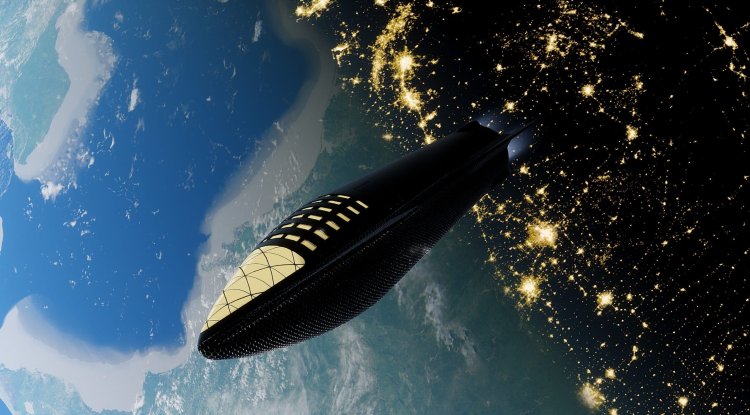 Part of the Falcon 9 rocket will not threaten the Moon - this is not the first time a man-made object has crashed into the Earth's satellite.

Part of the old SpaceX Falcon 9 rocket has been orbiting the Earth for seven years, and that could change on March 4, 2022, since it is predicted that it will then crash on the far side of the Moon.

According to the astronomer who came to this conclusion - this is a warning that Earthlings should take care of space debris.

The part that flies to the moon once belonged to a rocket that took off in space in February 2015 and took with it the precious DSCOVR satellite that monitors solar winds.

In order to send the satellite over a million kilometers from the Earth, and enable it to do its job as well as possible, the rocket got rid of the upper part that has been moving around the home planet ever since.

It is clear that space debris can endanger space missions, and there is a well-known case when the crew of the International Space Station in July 2015 noticed a large piece moving towards them. It was a well-known work, which already had a name - Object No. 36912. It was also known to originate from the Soviet meteorological satellite launched in 1979.

Although it was a facility that did not seem intimidating, 36912 could cause serious damage and endanger the crew of the station. Fortunately, that did not happen, since they managed to divert him from the path, so three weeks later he burned in the Earth's atmosphere. Despite the success, this was a great warning, and a cry to take into account what remains behind space missions.

Not even a part of the Falcon 9 rocket will endanger the Moon - this is not the first time that a man-made object has crashed on the surface of the Earth's satellite. NASA even deliberately directed some objects like this celestial body. However, there is a difference - this will be the first time that a part of a rocket or satellite hits the surface of the Moon completely independently and unplanned.

Experts point out that it would be ideal for such pieces of waste to be removed a little more intelligently. However, it is better to hit the Moon than the Earth, and fortunately, that will happen. In addition to large pieces that fly uncontrollably through space, there are also smaller ones (so small that they can barely be seen with the naked eye), which can also cause huge damage - the consequences of a collision depend not only on the size of the object but also on speed and direction moving. This means that any piece can be dangerous, even the unseen one.

About 170 million pieces of different waste revolve around our planet, and most of them are fragments that have separated from larger pieces at some point. About 670,000 measures more than one centimeter in diameter, which could pose a potential threat to space equipment. Technology is also being prepared that should deal with waste disposal, probably before the space film studio or space elevator becomes a reality.

LOOK AT THE PICTURES