MediaTek’s Helio G85 - an octa-core 12nm chip, performance and autonomy are generally not bad. It has 3/4GB of RAM and 64/128GB of expandable data memory. 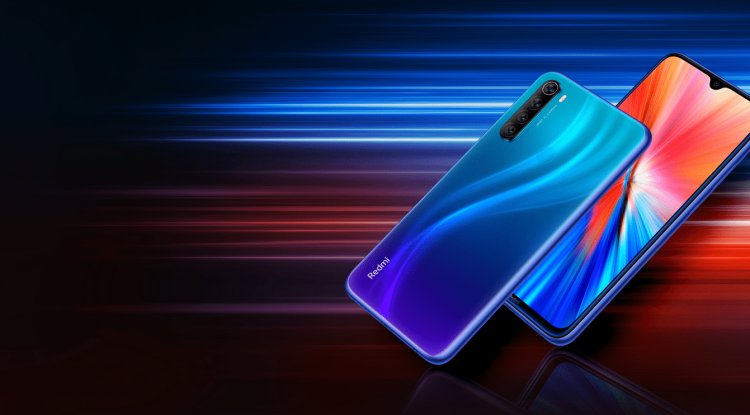 You will get a slightly more compact phone for today’s terms, which will suit a student. It is equipped with a 6.3 relative screen of the relatively unobtrusive frame with a notch on the top which carries a selfie camera. Up along the very edge is the called handset, and further to the left is a tiny white LED notification light, which will be a comforting solution to the absence of the AlwaysON the screen.

Protected by Gorilla Glass 5 glass, which is also on the back, so although the frame of the phone is plastic, the device in the hand leaves a very good impression. The edges are equipped with Xiaomi standard holes and buttons. It has a drawer for two nano-SIM cards and a microSD card on the left side. On the opposite side, next to the Power button, there is also the one for volume control.

At the top have their seats a secondary microphone and an IR blaster for universal remote control. Below are USB C, 3.5 audio output, main microphone and single speaker. It is not too big in the hand, nor is it too heavy. Plus, the silicone mask is included in the package with the charger and cable, so the phone is quite well-protected out-of-the-box. However, it is not waterproof, so water should be avoided.

6.3″ screen is IPS LCD type and in FHD + resolution, and with a standard 60Hz refresh rate. So it’s big enough, and yet not too big. The display on it is sharp, and it is bright enough with automatic brightness adjustment.

The color display is not at the level of the AMOLED panel nor the readability at an angle but they are not bad. The blue light filter can also be turned on automatically and protect the eyes in the evening.

The plus is that it turns on the boot, and although in the settings it offers a double touch to turn the device on and off. It is protected by Gorilla Glass 5 glass, which is definitely a plus. It would be nice if the refresh rate was at least 90Hz...

13MP selfie camera on the front, and it also captures portraits and 1080p video. The main is dominated by a 48MP F/1.8 camera with PDAF autofocus and 1080p video. It is also usable 8MP ultra-wide, and there are also 2MP depth sensor and 2MP macro camera.

Camera offers a lot of shooting options in addition to automatic, portrait, night and even professional. The main camera captures 12MP photos by default, but it can also record at a full 48MP if you think you’ll achieve more.

Daily photos are pretty good for a phone from this price segment. At night, don’t expect much, especially not an ultra-wide camera. The video records in maximum 1080p quality on both the front and rear cameras and I would say it provides the expected results for this price segment. It can’t really boast of details or stabilization, especially at night.

Processor MediaTek’s Helio G85 - an octa-core 12nm chip, performance and autonomy are generally not bad. It has 3/4GB of RAM and 64/128GB of expandable data memory.

The operation of the phone is generally smooth, although the interface animations could be even more fluid, and it is able to run games like PUBG and Asphalt 9, of course not on some crazy details.

The fingerprint reader is on the back and works quickly and reliably. You can also use Face Unlock with it. Access to mobile networks via 4G, 5G is not supported. NFC is what this phone doesn’t have, so contactless payment is not possible.

Autonomy will not give you trouble. The battery has a capacity of 4000 mAh, and is charged at 18W charger that comes in the package. On one charge, the screen can be easily removed for over 8 hours. That should be more than enough.