Review of the latest Halo Infinite

If you remember at all, Halo Infinite was supposed to come out a year ago, so it experienced a huge delay that cast doubt on the quality of the final product. 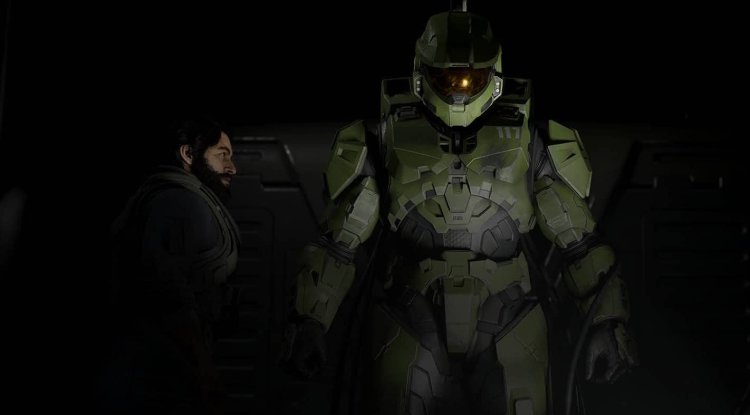 If you remember at all, Halo Infinite was supposed to come out a year ago, so it experienced a huge delay that cast doubt on the quality of the final product. It is, however, a sequel by which 343 Industries has tried to evolve the now-stagnant franchise, and that always comes with a certain amount of risk. When we draw the line, Infinite doesn't bring anything unseen in the context of the FPS genre, but it does bring enough new for the franchise not to call it "another forgettable Master Chief adventure."

Halo Infinite is the sixth game in the Halo series, and as the story of each continues directly to the previous one, it's easy to get lost in it. Infinite also relies heavily on the events from the previous two sequels and doesn’t care too much at first if you’ve skipped them. Let’s face it, ignorance of previous games won’t spoil your gaming experience, but it will diminish your targeted emotional impact and cause a lot less scratching your head when the game throws you a name that sounds like it might matter.

What you need to know here is that the rebel faction Banished from Halo Wars 2 has galactic ambitions that are by no means good for humanity. The legendary Master Chief, in the company of an unnamed pilot and an artificial intelligence named "Weapon", must put an end to them. There’s also Master Chief’s old AI partner Cortana - just not the way you think.

Here, too, there is an evident effort to make the seemingly cold guy in green armor somewhat more humane. Sometimes this is done through actions and body language, and more often through the Chief’s interactions with the optimistic and somewhat naive Weapon AI, but also the war-weary pilot who just wants to get home to his family. There are also explosive moments, but I would say that the game's story is the best in those somewhat quieter moments and the dialogue between these three characters. It is true that things can sometimes be quite melodramatic, but in general, the story seems much more mature and interesting compared to the last two parts.

Opposing factions are pure caricatures from the aspect of the story. It's not as if no effort has been made, but most villains look like gorillas on steroids, where every fifth word is a variation on "destruction". Besides, we can’t say we were overly pleased with the outcome of the game when we finished it. We have a feeling Infinite was more burdened to prepare the ground for future games than to tell a satisfying head-and-tail story. After 20 years, we certainly welcome the potential move away from Convent and Forerunner, but it is not the happiest when that move is another new season of the Dragon Ball where an even more powerful opponent arrives that no one has heard of so far.

ATTITUDE AND RING ON IT

Halo Infinite takes place entirely on the Zeta Halo ring and once you solve the linear prologue, the game gives you a piece of your open world. Initially, we thought that later during the campaign, the map would expand, but none of that - what is visible to you right at the beginning is everything that will be available to you until the end of the game. Some may be disappointed by the relatively small size of the map compared to more recent open-world games, but in our opinion, it is large enough.

First of all, Halo Infinite didn’t put all the chips on that open-world concept. Most of the main missions still take place in very linear underground spaces and interiors in the classic Halo style. The open map is here primarily to bring some variety to the gameplay. From the activities on the map, we have capturing the smaller and larger enemy bases, collecting the items to improve Master Chief's abilities, killing particularly strong variants of opponents and the like.

"Most of the main missions still take place in very linear underground spaces and interiors in the classic Halo style."

The problem is that neither the map itself nor the open world is simply overly interesting to explore. It all comes down to one and the same wooded biome with some alien infrastructure without some points of interest that are not related to the story or mission. Let’s face it, openness definitely helps break the monotony of successive linear missions, but it often seems like it’s there to artificially stretch the time it takes to complete a story. This isn't some newer Assassin's Creed or Red Dead Redemption that intrigues you on the way to your destination to intrigue you with some sudden mission, a mysterious cave, or a breathtaking view. You have a marker on which you have to do something, and from you to there, there is usually nothing interesting except the same enemies that you will kill there as well.

If anything, at least navigating that open world is a lot of fun. The game has a large number of already seen and several new ingenious vehicles that are really fun to control and use to mow or shoot enemies. It's a bit confusing that the environment is so static that a collision with a small bush can turn you upside down, but fortunately, it doesn't happen very often. In addition to the vehicle, the Master Chief is also equipped with a Grappleshot or a hook with which he can attract distant terrain or enemies. It can also take down an opponent's shield, attract distant weapons or temporarily paralyze opponents.

"The Master Chief here is also equipped with a Grappleshot or a hook with which he can attract distant terrain or enemies."

Using the hook as gameplay mechanics in games is nothing new, but here it is integrated in a way that makes it seem like it has always been one very fun part of Master Chief’s arsenal. During the campaign, it is possible to unlock some other "tools" such as a dash to avoid missiles or a portable wall, which unfortunately fade compared to the hook we used the most in combat and beyond.

One of the most commendable things in the game is the shooting mechanics themselves and the variety of weapons. We believe players accustomed to shorter TTKs in modern military shooters will need a short time to adjust, but after that, the game really flies. Every bullet fired from any weapon is "felt" here, and the sounds of the enemy's shield disintegrating or a precise hit to the head significantly contribute to the feeling of satisfaction.

It is possible to carry two different weapons at any time, and although you will surely find someone you prefer, the game will often make you change them and use what is available to you in the environment or from fallen enemies. Halo Infinite excels here in terms of diversity, so until the third story we were still discovering exciting weapons and we weer very sorry when we had to throw them away for a new one, mostly due to lack of ammunition. It has everything from standard rifles and shotguns, to advanced lasers, electric rifles, snipers, heavy artillery, hammers, and more that we will leave for you to discover.

Either way, the game will mostly make sure you are adequately equipped for upcoming conflicts, and automatic health regeneration means the game will generally be relatively simple. The exceptions are fighting bosses who are most often ordinary bullet sponges with weapons that drain your health in two seconds. They are not mechanically demanding or provide a special feeling of satisfaction when you defeat them - you will just be glad that you can continue on your way.

Graphically, Halo Infinite looks good. The graphic resolution, textures, and lighting look pretty good, but the game suffers from that lack of variety that doesn’t make the whole adventure on Zeta Halo overly memorable. With the exception of a few locations, both open-world locations and linear levels look more or less the same. The biggest improvement compared to what was shown in the gameplay trailer from 2020 is visible in the characters themselves and the lighting system that now contributes the most to the sometimes cinematic quality of the movie in the game's mover. Where we have no complaints are the effects and audio effects of various weapons, and the music is standard for Halo games with a recognizable main theme that makes the skin itch.

"The game in the PC version is terribly intense for the processor and graphics card."

We played on the PC and was a bit taken aback by the game's performance. A few patches did fix the thing somewhat, but it's still far from what was expected for our relatively high-end PC. The game is terribly CPU and GPU-intensive and requires some gaming graphics and other settings to eliminate micro-jerks and other negative performance effects. There were also some graphic bugs like pointy enemy textures and objects in the environment that hurt your eyes, but beyond that - quite a pure experience.

Halo Infinite is a solid base in terms of gameplay as well as storytelling with a lot of potential for growth and progress. We can say that we're glad that 343 Industries is trying to do something new to refresh the Halo series. While their first attempt at a more open format is not the most successful, we think it is a logical new direction in which future sequels should go. It’s a real shame that this open-world here is made quite generic with repetitive tasks precisely because Halo installations and their general concept are bursting with the potential for imaginative open worlds that can be far above the competition. The classic Halo formula is present and better than ever, so despite the problems, expect fun and very diverse shooting with a relatively ok campaign that will keep you going until the very end, especially if you are a fan of the series itself.