Rockstar is giving away free games for remaster buyers

Rockstar Games has set up a "Holiday Sale Bonus Offer" for buyers of GTA: The Trilogy. The originals will later also be available for owners free of charge. 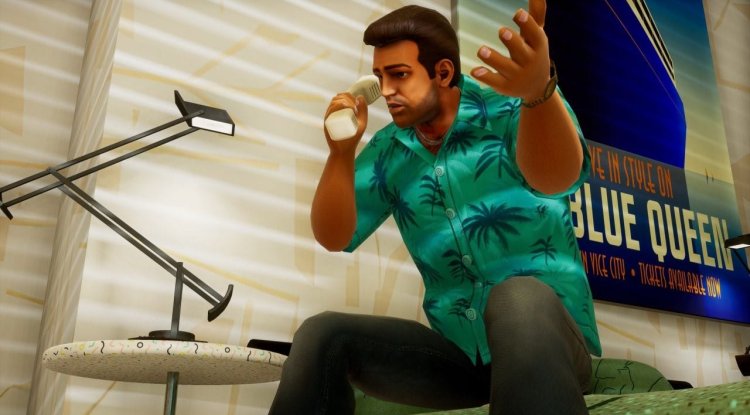 Rockstar Games has set up a "Holiday Sale Bonus Offer" for buyers of GTA: The Trilogy with a free bonus. In addition, the originals will later also be available for owners free of charge.

Buyers of the PC version of Grand Theft Auto: The Trilogy - The Definitive Edition who purchase or have purchased the remaster in the Rockstar Store by January 6, 2022, will receive a free game from the catalog of the developer studio or virtual currency, which can be found in the Redeem the Rockstar Store via the promotion page. The choices are:

The "Holiday Sale Bonus Offer" is only valid for the purchase of the PC version of Grand Theft Auto: The Trilogy - The Definitive Edition via the Rockstar Store. The console versions and purchases from third-party providers are not eligible.

The release of the remaster Grand Theft Auto: The Trilogy - The Definitive Edition on November 11th was anything but good, because at the start there were, among other things, incomprehensible maintenance work, performance problems, and a few graphics errors on the PC and consoles. The temporary removal of the Rockstar Game Launcher and the option to purchase it in the in-house store were even more serious. As is well known, this has now been given again and Rockstar has now also made improvements with patches.