Lost Ark is now completely free, and at first, it faced problems that somewhat disrupted the gaming experience. The bugs have been fixed... 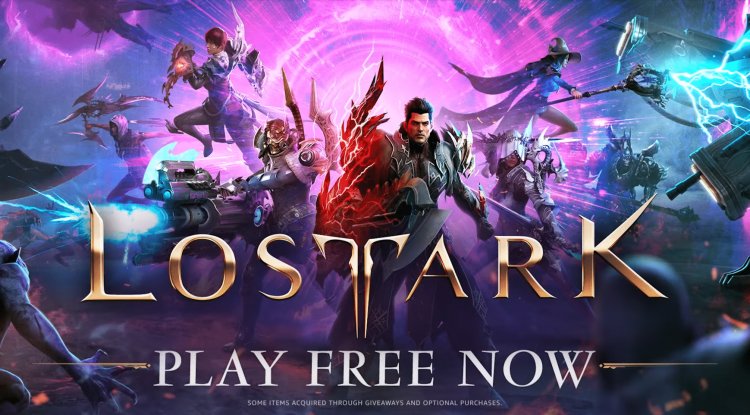 Why Lost Ark crashed Steam just 24 hours after its release?

The game Lost Ark - "Embark on an odyssey for the Lost Ark in a vast..." is one of the few that has reached over a million players playing on the Steam platform at the same time.

Just 24 hours after its release, it became the second most played game on the platform, and that’s not all - massive multiplayer (MMO) surpassed what DOTA 2 achieved and instantly became one of the most popular games in the history of the Steam platform.

The free ARPGMMO was originally released in South Korea in 2019 - for PC, and the Smilegate publishing house teamed up with Amazon after great success, so the game set off for the United States and Europe.

Lost Ark follows the initial success of Amazon’s game New World - which currently ranks fifth on Steam in the number of simultaneous players, and the game was the most played Steam game last year just a day after its release.

It was launched a few days ago, and the first players had to pay for early access, but even then it gathered over 500 thousand users in just a few hours, which is very impressive.

Lost Ark is now completely free, and at first, it faced problems that somewhat disrupted the gaming experience. The bugs have been fixed, the servers have been fixed, so it is available to everyone. It seems that the rush before the launch shows that the players are still very starving for the new MMO - it quickly reached over 1.2 million players at the same time.

It is an odyssey through an exotic world, and the hero goes through unknown spaces, searches for lost treasure, and joins massive battles. Along the way, he develops martial arts, weapons and equipment that serve him in conflicts with hordes of enemies. There are also dragons, flying ships, lasers and enormous armies.

The game quickly found itself right behind the Counter-Strike Global Offensive in the number of those playing at the same time, but it is expected to surpass it as well, attracting over 1.3 million players. PUBG may remain the record holder since when it was the most popular, it had 3.2 million players synchronal, which is a serious figure.

As we have already said, the basic game is completely free, and those who have played Diablo or Torchlight will quickly catch on.

See more about the game on Steam - here.