On January 22, Epic Games added Jinx’s sister Vi to a battle royale game at the Item Shop. You can buy her clothes along with a handful of themed items... 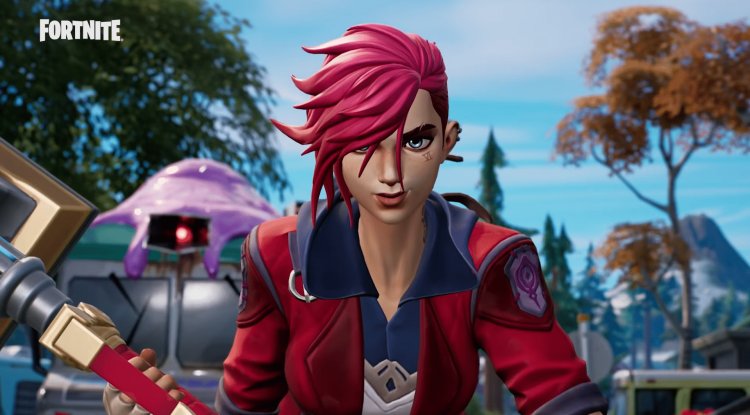 Riot’s Arcane fans are waiting a long time until the second season of the animated series arrives. In the meantime, you can at least play a few Fortnite matches with a new character.

Vi will not have Hextech gloves for now

On January 22, Epic Games added Jinx’s sister Vi to a battle royale game at the Item Shop. You can buy her clothes along with a handful of themed items, including the emotion of practicing hitting. Unfortunately, Vi will not come up with your own Hextech signature gloves.

Instead, Epic will offer Jayce’s Warden Hammer, which the company claims is the weapon of choice while its gloves are repaired. If you missed the opportunity to buy Jinx leather when it debuted in November, now you have another chance to add it to your collection. Epic will re-release the clothes, along with the Jinx Arcane package, and at the same time add Vi’s clothes to the Item Shop. The offer will also include the Glider Plunder, which has a characteristic appearance and complements the ideology. Over time, shopping opportunities will expand.

Arcane lovers know Vi well, her appearance and behavior. Fortnite was really well presented Vi, she kept her look and turns. The hair is the same, short and pink, there are ‘VI’ under the eye. Of course, we can’t expect a perfect performance like in Arcane, but it’s a really well-done job. Her skin is smooth and she has beautiful blue eyes. There are also two earrings on the ear. She has tattoos on her neck and arms, she has bandages under her elbows all the way to her fingers, just like in Arcane. About the clothes, she has a jacket under which is a T-shirt, reminiscent of Arcane dressing. Pants that are knee-length below are narrow and she has boots that are completely in her style and differ slightly from each other. The posture and movements are boxing, and she leaves a strong impression. There are a few belts around the waist that complement her appearance and presentation as a character (a rattle that is well known in Arcane). The clothes look quite ‘heavy’ but that completes that ‘strong’ impression. Of course, you will be able to change the look in the future. She has a bunny on her back, which explains the story from Arcane about her sister and her, how complicated their relationship is.

You can practice the movements and still explore all the possibilities that Vi brings, enjoy playing!