The AMD Radeon RX 6600 in the GIGABYTE RX 6600 EAGLE 8G edition is actually an example of a modern mid-range gaming graphics card. 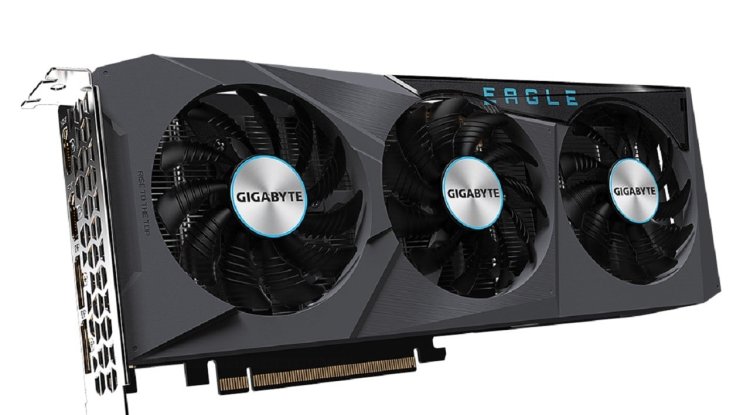 The AMD Radeon RX 6600 in the GIGABYTE RX 6600 EAGLE 8G edition is actually an example of a modern mid-range gaming graphics card, ideal for working and playing in 1080p resolution. Well, now the changed market circumstances are moving it away from something that should by default be affordable gaming "graphics" because its real price is twice as high as recommended. On the other hand, he is happy that the manufacturer has put in a frame of about 300 euros of earrings, in a way acknowledging that market prices are unrealistic and that we may have something to hope for in the foreseeable future.

The situation in the graphics card market continues as before. Manufacturers present new models, more precisely derivatives of existing technologies, and the availability and explosion of prices are never worse. The leading names in this market have their own plan when they strictly adhere to it. The presentation of new models is simply a part of the ritual that takes place on the market in order to keep the attention of the users. On the other hand, it has little or no connection with reality, so the phenomenon in question has turned into a real rage of users, whether they are gamers, ordinary users, or "miners". No one can buy normal gaming graphics anymore because they simply don't exist or are too expensive.

Everything seems even more tragicomic when we tell you that today's model of graphics card should cost around $ 380, according to the manufacturer's recommendation. In other words - "no chance". All this is slowly losing its meaning and damaging the desktop PC market, but the assessment of the manufacturers of this type of hardware is different. The current effect of extra profits is on their hands or on the backs of ordinary users if you look at us from our angle. The boomerang effect will certainly be felt by the manufacturers as well. When we say that, we mean in the long run, but in essence - we all lose. It will take the market a long time to recover from this kind of shock that lasts and lasts. However, life goes on and we have to follow the novelties.

As soon as the Radeon RX 6600 XT model came out a month ago, we get its weaker and should be a cheaper variant - The Radeon RX 6600. It is a hope and a real lure for gamers who are unlucky enough to buy their first, slightly more serious gaming machine or those who would like to "upgrade" their old gaming rig. In an evil age, but hope never dies. The reason for that is AMD with the Radeon RX 6600 model, which is exactly what they need - a good and modern gaming graphics card for a Full HD 1080p monitor, and with all that, it should not cost much. Judging by the experience with the mentioned RX 6600 XT, it is realistic to expect twice the price. Too bad!

The AMD Radeon RX 6600 is still a derivative of the latest generation of AMD RDNA2 GPU architecture that uses Infinity cache in combination with 8 GB of local GDDR6 VRAM. The combination of fast caching technology allows AMD to achieve the same performance as if it used more expensive GDDR6X video memory. This allows it to support Ray Tracing titles with advanced lighting effects combined with highly set graphic details, even in the latest titles. If you feel that it has accidentally run out of frames, there is the assistance of AMD FidelityFX Super Resolution technology, which significantly speeds up the system by providing smoothly playable gameplay.

Radeon RX 6600 has 1792 "stream" processors, 256 less than the more powerful RX 6600 XT model. As a result, a smaller number of texture processing units 112 instead of 128. The number of ROP processors remained the same 64, as well as the amount of 8 GB of memory that works with a GPU processor on a 128-bit bus. Interestingly, it uses only 8 PCIe data transport paths, but the faster specifications, 4th generation - PCIe Gen 4. So try to get a newer CPU and board with the latest PCIe standard, if you want to get the most out of this graphics card.

The GPU on the Gigabyte model runs faster than the AMD recommended values ​​for the Radeon 6600 model. Namely, the reference value during the gaming scenario is 2044 MHz, while the maximum turbo accelerated step during the lower load of the graphics card resources should rise to 2491 MHz. Less than in the case of the more powerful Radeon RX 6600 XT model.

Thanks to a good cooling system, the Gigabyte EAGLE RX 6600 allows the graphics processor to run at higher frequencies. According to the specifications, it is 2359 MHz during gaming, or 2589 MHz in turbo accelerated situations. Things are even better in real life if you have a well-ventilated system, like the one in our case. During gaming, the GPU spends most of its time at the 2500MHz clock speed limit, often exceeding the 2600MHz limit. This will largely depend on the complexity of the gaming "engine" of the game itself and its complexity in terms of the load distribution of the CPU and GPU. These are really very high operating frequencies, which is why we can expect a performance that is at the top of this category of graphics cards.

Regarding the above, let's say that VRAM runs at 1740 MHz, a little less than the declared effective 16 GHz as stated by Gigabyte. At least that's what AMD Adrenaline software claims. If that worries you, don't worry - the card has good overclocking potential when it comes to video memory, which will surely delight crypto-miners. About that later in the part where we deal with the performance of the Radeon RX 6600 model. An important fact is that the Radeon RX6600 uses an 8x wide PCIe Gen4 bus.

The Gigabyte RX 6600 EAGLE 8G is a standard mid-range gaming model. It is felt under the eye and hand, and implies certain savings in production and applied solutions if you compare it with models from a higher class. This certainly does not coincide with the price, but such is the current situation of supply and demand.

The graphics card seems quite elongated because it measures over 28 cm in length due to the large heatsink whose fins are not as densely woven as on some other models with more powerful GPU processors because there was no real need for it. In addition to the long fins, the refrigerator also uses a system of three copper heat pipes with which it evenly distributes heat to the long cooling fins, from where it is further released into the environment. The cooler is located under a plastic cover that carries as many as three Windforce fans, so in practice, the cooling system is very effective, as evidenced by the measured maximum values ​​of temperature during operation.

Fans are specific in that the propellers have air deflectors to increase pressure and control the airflow, which achieves faster heat release from the radiator fins, while on the other hand their service life is doubled due to the use of special nano-graphene engine bearing lubricant. Something that has been a problem with Gigabyte models in the past, which can best be told by those who have used their models for mining.

Particularly striking is the large WindScreen opening at the rear of the plastic shield for better cooling. In fact, it tells you that the printed circuit board is much shorter and smaller than the dimensions of the cooler of this EAGLE RX 6600 model. Apparently, Gigabyte has decided to get the maximum performance from this particular model, while achieving an almost silent effect, even in situations of the most demanding use of its resources. Other models are smaller, and even iTX versions of the Radeon RX 6600 are mentioned.

It is this large cut on the shield that allows the third fan to blow the radiator fins to the maximum, affecting the cooling efficiency and higher operating frequencies. The goal is a fast and quiet gaming map and Gigabyte has completely succeeded in its intention.

The card is powered by one additional 8-pin PCIe connector and offers a pair of HDMI 2.1 and a pair of DisplayPort 1.4a connections for simultaneous display on 4 monitors.

Everything said and seen looks nice with the displeasure of enthusiasts who will say that 1080p gaming has not been the right thing for a long time, but 1440p and 4K gaming. However, most users still have 1920x1080 screens, so the Radeon RX 6600 remains a potentially very interesting graphics card to play. Only if you could find it at the recommended price, which is unlikely.

In the end, we remain a bit indifferent. If it was a normal time, we would look in detail, and then we would not like the fact that the RX 6600 arrives in price practically aligned with the GeForce RTX 3060, which has 50% more memory and slightly better performance in most games. However, the current shortage does not allow us to be deceived, which is certainly not an excuse to claim the old saying "give what you give" because realistically Radeon RX 6600 is a good "mainstream" gaming card with a price that will certainly not suit you. This is mostly the situation today - take it or leave it, whether someone liked it or not!

You can buy this graphics card on Newegg for $ 620.