'The Last of Us': the first image of Joel and Ellie in the HBO series is the video game in its purest form

The 'Game of Thrones' actors Pedro Pascal and Bella Ramsey play the main characters in the ambitious production. 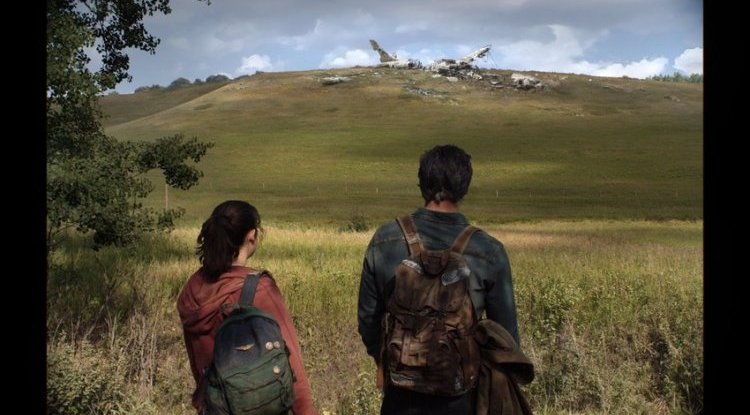 The first image of The Last of Us, the series adaptation of the famous eponymous video game that has already become one of HBO's star and most ambitious projects, has already come to light. The person in charge of sharing it has been Neil Druckmann , creator of the game and co-president of the developer of the same, Naughty Dog, who has been absolutely impressed by the aesthetics achieved and the precision with which the team of the series has managed to bring to the life the title characters.

In the first image of The Last of Us, we can see the two protagonists, Joel and Ellie, who are played by Pedro Pascal and Bella Ramsey, respectively. Both actors appear from behind, but seeing them characterized as famous characters is like seeing a capture of the video game that swept the world in 2013. Thus, the photograph in question is the perfect declaration of intentions of what we will see in the HBO series, which promises to be an absolute immersion in the title of Naughty Dog only through a fictional story and without controlling Joel or Ellie.

Although the photo shared by Druckmann is the first official one of The Last of Us, the expectation before the adaptation is total and absolute, in a sense that the followers have already been able to enjoy images of the filming, even shared by the cast members themselves. Thanks to them, we have the promise of escapes, chases, and great action scenes.

When I first saw them on set in full costume, I was like: "Hooooooly shit! It's Joel & Ellie! !"

The @HBO adaptation of @Naughty_Dog's The Last of Us is full steam ahead!

Can't wait to show you more (from all of our projects!) Happy #TLoUDay!!! pic.twitter.com/trq9N340FW

Likewise, the involvement of Druckmann is also a guarantee for video game fans, who in addition to being in the creative team, has been behind the cameras of several episodes. Along with him, the series has the good promise of another name that has stood out a lot in recent years: Craig Mazin, creator of Chernobyl, the acclaimed miniseries also from HBO that managed to be one of the most viewed series of 2019.

On the other hand, for the titular characters the team of The Last of Us has opted for two actors of great charisma, who curiously both were part of the cast of Game of Thrones -although they did not appear in scenes together-: Pedro Pascal and Bella Ramsey, Oberyn Martell and Lyanna Mormont, respectively.

Following the completion of the pilot episode filming last August, the team still has some major filming sessions ahead of it for the rest of the season, but we are closer to the release of the new official footage from HBO. If all goes according to plan, The Last of Us could be one of the great series of 2022.

Atos - the next generation of hybrid supercomputers