THE LIGHT EXPERIMENT ON THE DEFY 21 ULTRABLUE

Zenith continues to formulate experiences about the watchmaking of the future. Now experience the light on your 100th-second chronograph, the Defy 21 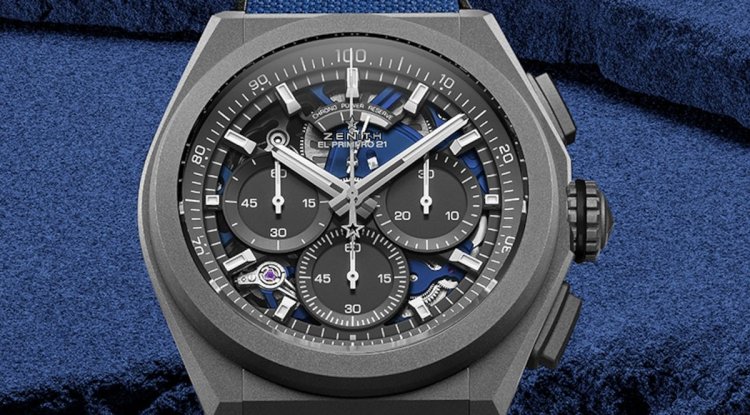 Zenith continues to formulate experiences about the watchmaking of the future. Now experience the light on your 100th-second chronograph, the Defy 21

Zenith continues to formulate experiences about the watchmaking of the future. Now he experiments on his chronograph with the indication of hundredths of a second, the Defy 21. His idea is to explore the limits of the color spectrum and he already applied it last year to the Defy 21 Ultraviolet. In this case,  violet is a pigment that reaches a higher frequency of light before our eyes and became an ally of the revolutionary chronograph. This watch was the world's first violet chronograph movement. Now transfer the same challenge to the Zenith  Defy 21 Ultrablue, but with cool shades of deep indigo and electric blue.

The color blue is a shade that runs through Zenith's veins. It is the backdrop to the starry night sky that inspired the manufacturer's founder, Georges-Favre Jacot, to name his award-winning caliber and ultimately his brand. More recently, it has been one of the colors of the A386, one of the first timepieces to be equipped with the legendary El Primero high-frequency automatic chronograph caliber. It is also a color explored by the manufacture in its more complex timepieces. In short, a symbol of Zenith's futuristic haute horlogerie.

The vivid blue movement is accentuated by the unique and avant-garde design of the Defy 21 movement, with open and angular bridges. The central chronograph hand with white tip and hundredths of a second indication makes one full revolution over the dial in one second.

The Defy 21 Ultrablue's 44mm faceted titanium case highlights the movement's blue bridges. The contrast is caused by the effect of the sandblasted matte finish of the case, which has the ability to bring out its darker metallic tones. Thus it absorbs much of the light that falls on the surface. The black rubber strap features a blue “sanity effect” rubber insert with tone-on-tone stitching.

FUNCTION:   Chronograph with the indication of hundredths of a second. Chronograph power reserve indication at 12 o'clock. Central hours and minutes. Small seconds at 9 o'clock, central chronograph hand, 30-minute counter at 3 o'clock, a 60-second counter at 6 o'clock.