The real-time tech demo "The Matrix Awakens: An Unreal Engine 5 Experience" is now officially available as a download for Playstation 5 and Xbox Series X / S. 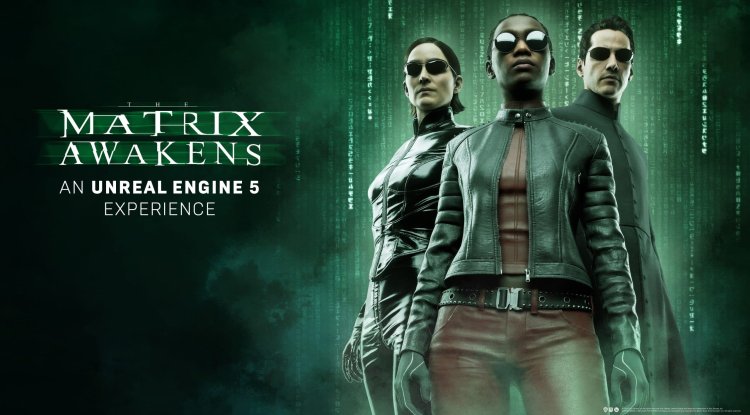 The real-time tech demo "The Matrix Awakens: An Unreal Engine 5 Experience" from Epic Games is now officially available as a download for Playstation 5 and Xbox Series X / S. For the actual presentation, almost 11-minute video was published as well as a blog entry in which the makers go into the details of the demo.

After the advance download of the real-time tech demo "The Matrix Awakens: An Unreal Engine 5 Experience" was advertised a few days ago, it is now officially available free of charge for Playstation 5 and Xbox Series X / S. The technical demo, implemented with Unreal Engine 5, is based on an original concept from the Warner Bros. world of The Matrix. Lana Wachowski and James McTeigue wrote and directed, while Keanu Reeves and Carrie-Anne Moss slip back into the roles of Neo and Trinity and even play themselves in the process.

The Matrix Awakens: An Unreal Engine 5 Experience - Some details about the demo

The project was realized by some members of the original The Matrix crew in collaboration with Epic Games and partners such as SideFX, Evil Eye Picture, and The Coalition. The demo begins with a film sequence that shows "realistically represented digital people" and then develops into an interactive experience with car chases and third-person shooter action. The action takes place in an extensive and detailed open-world environment in a city - like in the simulated world of the Matrix films - that the player can explore.

Keanu Reeves and Carrie-Anne Moss are portrayed as "incredibly realistic digital people" in the tech demo. To achieve this effect, high-fidelity 3D face scans and 4D recordings of the actors were made. Furthermore, characters and vehicles are controlled with AI systems, while the city is generated with procedural systems. Epic also mentions that car accidents during the chase are simulated in real-time with the chaos physics system in Unreal Engine 5, which is why the same accident can never happen twice.

Furthermore, the open-world urban environment is to include seven million assets, each consisting of millions of polygons. Real-time ray tracing is also used in the tech demo. The global lighting system Lumen of Unreal Engine 5 is responsible for this, in order to enable realistic lighting and reflections in the interactive part.

The developers point out that The Matrix Awakens: An Unreal Engine 5 Experience is not a game, but a demo that is supposed to offer a vision for the future of interactive content, which is extensive and complex cities, but also photoreal film actors may include. If you want to find out more details about the technical subtleties surrounding the project with Unreal Engine 5, you can view the corresponding blog post in its entirety. The Matrix Awakens: An Unreal Engine 5 Experience is available for free as a download from the Playstation and Xbox stores.