The Settlers 2022: The Silence in the Forest

The reboot of The Settlers is supposed to be released in just over four weeks - actually because the criticism is massive. 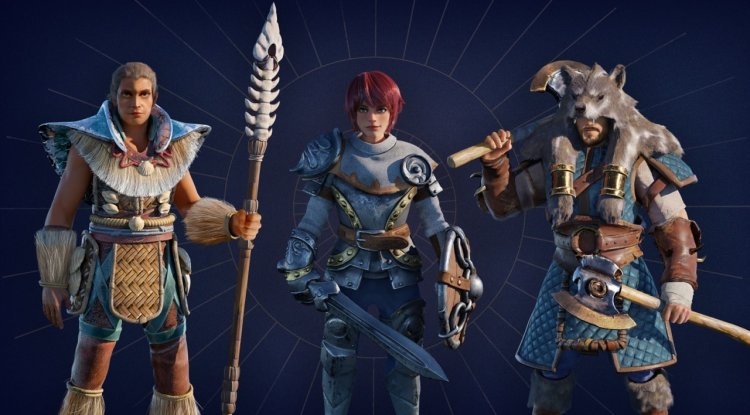 The reboot of The Settlers is supposed to be released in just over four weeks - actually because the criticism is massive. Meanwhile, Ubisoft continues to remain silent.

Ubisoft and the criticism of The Settlers, that's one of those things. After the reboot of The Colonists, which is based on a large fan base, the fronts could not be more hardened. While criticism from the press and fans is massive, Ubisoft continues to remain silent.

The Settlers: What is Ubisoft doing?

Does Ubisoft really have the guts to release The Settlers without any significant changes to the closed beta on 17.03? You can't judge it from the outside with the best will in the world. Since the surprising announcement in mid-January that the clearly revised (and also slimmed down) version of The Settlers was to be published in mid-March, communication between fans and developers has been on a single track. The fans are chanting loudly in the Settlers forum, and probably quite rightly so, Ubisoft brings prepared bits of information about the gameplay like a machine, without responding to the criticism.

The only stirring that suggested Ubisoft cares about current fan moods was a poll that was done in early February. It is at least unclear whether this is really a glimmer of hope, as hoped by some fans. When it comes to comments on published gameplay information, like most recently on the military, the feedback is only going in one direction. The fans are particularly irritated that Ubisoft has not yet commented on how to deal with the beta feedback.

In detail, the user feedback is pretty scathing - and Ubisoft leaves it as is without comment. For example:

"This will be the first of all the settlers that I will definitely not buy, not even for $5. Where's the fun in building a functioning economy?".

User Storkey says: "Unfortunately, apart from a lot of potential in the beta, The Settlers is only a mediocre to the bad game".

There are also harsh words from Zan_Luc: "This game is simply not a settler anymore and anyone who buys the version from the beta has absolutely never played The Settlers!".

In other news, developer Rebel Wolves has announced a Dark Fantasy RPG based on Unreal Engine 5. The team includes people who worked on Cyberpunk 2077 and The Witcher 1-3 at CD Projekt.

The newly founded studio Rebel Wolves is to create a triple-A game from the “Dark Fantasy” segment based on Unreal Engine 5. It wouldn’t be that exciting at first if some of the brains behind the new developer were former employees of CD Projekt. A successor in the spirit of The Witcher 3 is not out of the question here, although of course, you don’t have the license. The point is, though, that people also liked The Witcher 3 for its gameplay, and you’d expect that with Rebel Wolves. Third-person, tasks with tricky decisions and a dense atmosphere.