The US Air Force, in cooperation with the chemical company Twelve, managed to extract carbon dioxide from the air and then turn it into jet fuel for their aircraft. 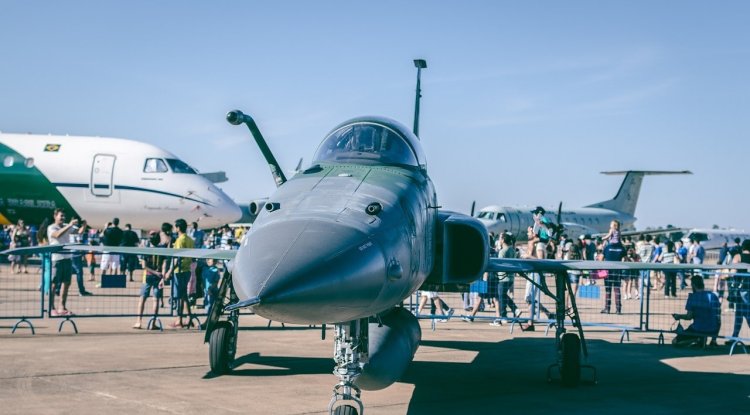 How would it be if we had access to jet fuel anywhere in the world, at any time, without the need for a tanker? They ask this in the U.S. Air Force and give an immediate answer - according to their opinion and recent research, it is possible to create jet fuel with the help of revolutionary carbon transformation technology.

This technology has the potential to convert CO 2 from the air into any other material, chemical, and thus the most interesting to them, aircraft fuel. Their partner Twelve, a company that says it is working on transforming carbon for a climate-positive world and a fossil-free future, is working on the technology. The Air Force has been working with them since 2020 when they launched a pilot project and research into a new method of converting CO 2 into fuel.

The first tangible result of that collaboration arrived in August this year when Twelve showed that it is indeed able to extract carbon dioxide from the air and then convert it into synthetic jet fuel. For now, there is evidence that the process works in larger quantities, and the first phase of research into the new carbon-neutral fuel will be completed in December when a more detailed report is promised.

Only a few details are currently known. For example, apart from carbon obtained by releasing CO 2 from the air, only water (which can also be obtained from moisture in the air) and electricity from renewable sources are used in the process.

Initial testing has shown that the implications of applying this technology are far-reaching. The system is reportedly very usable, scalable, and will allow you to really create jet fuel anywhere, anytime, in a reliable way.

Military units, and thus the air force, need fuel to function. Logistics refueling systems are usually the first target of attacks, and in Afghanistan alone, about 30% of U.S. casualties have fallen in attacks on convoys carrying water and fuel. These facts stand out as arguments as to why it is essential to have an independent fuel generation system at any location, and the Air Force sees airborne fuel extraction technology as a great opportunity to separate aviation from traditional supply chains.

After the first phase of the project is completed, the second will follow, in which synthetic jet fuel for American aircraft will begin to be produced in larger quantities. The plan is to increase the production platform in a way that it can produce those quantities, and yet be agile enough to be used anywhere in the world. Separating war aviation from dependence on other people's fuel is a key and strategic step, especially if it will be reduced to a carbon footprint - the Pentagon is optimistic about this issue.