As the gaming industry grows, the door opens to new products: Tables, chairs, special glasses, clothing, and footwear decorated with colors and symbols from legendary games 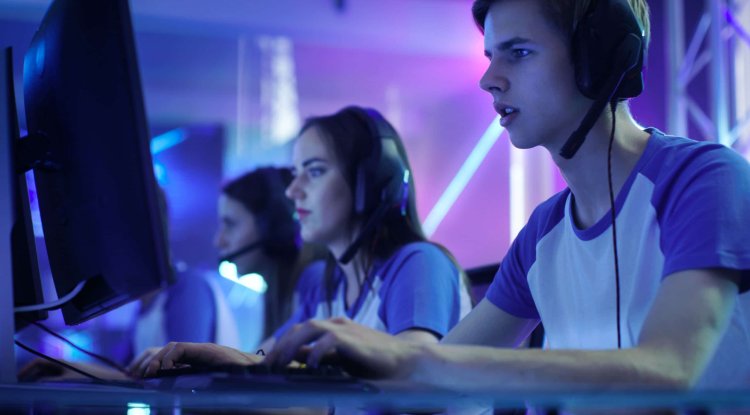 As incredible as this may seem, statistics show that 2.7 billion people in the world occasionally or regularly play video games, meaning that of the Earth’s total population of 7.8 billion, nearly one-third are video game players! According to the European and world average, the annual growth in the computer game industry is about 10%! Based on the growth of the gaming industry, it is easy to conclude that this opens the door to many new products. Video game players are characterized by spending a large amount of time in front of a backlit screen, averaging 3 and a half hours on weekdays, and on weekends this can exceed 6 hours. They are the ones who participate in competitive video gameplay popularly called e-sports, and many of them have also attended some of the many offline events in the field of e-sports as competitors or spectators. Whether they are amateurs or professional gamers, they make one big market globally, so it’s no surprise that more and more products are being launched specifically for video game players. The gamer label first appeared on personal computers, laptops, and peripherals, then came chairs and tables, and today there are products made specifically for video game players in almost all categories. Toys and even clothes, T-shirts, baseball caps, and mugs with the gamer logo can be found almost everywhere today. Goggles are also available for players that protect and filter the blue light emitted by monitors so that the eyes of those who sit in front of illuminated screens for a long time do not dry out or get tired. Nike and Puma have launched sneakers designed specifically for players that are comfortable on the one hand and provide good grip while on the other hand they are decorated with colors and symbols from legendary games. Thanks to the collaboration between Ax and Microsoft, deodorants, shower gels, and even gamer shampoos have hit store shelves in Australia and New Zealand. The food industry has also discovered video game players, as they have special and specific needs. Players spend a lot of time playing at a high level of concentration and often stay up all night, which is why one company in North America has launched caffeine and taurine-enriched snacks while in more and more countries special menus appear that can be ordered from pizza and fast-food restaurants. However, the list does not end here, in the world of gamers it has been rumored for some time that in the coming weeks a globally known brand could announce worldwide sensation-Caffeine chips!!! By Vitza-Gossip Whispers