Tonight is the most spectacular bloody Supermoon of the year!

The May Supermoon is one of three this year and will be the largest among them. A Supermoon occurs when the Moon appears larger than usual because it is closest to Earth. 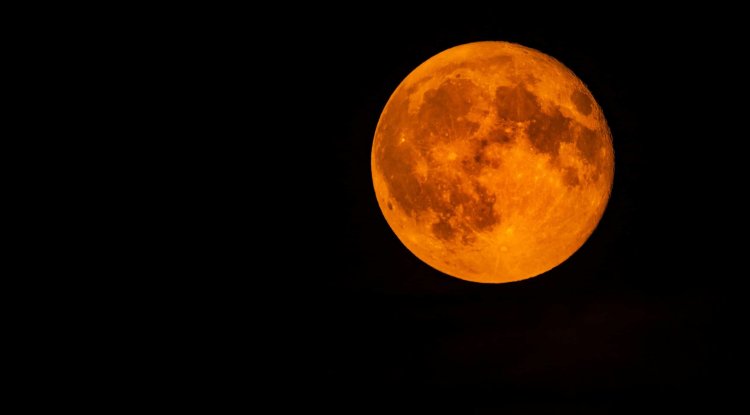 The first total lunar eclipse in two years will occur on Wednesday: it will be a bloody "Supermoon" that will be visible from parts of Asia, Australia, the United States, and South America, NASA announced.

Thanks to the eclipse all those interested will be able to see the so-called bloody Supermoon. NASA also added that the residents of Hawaii, Alaska, and the western states will see it most clearly in the United States.

The bloody Supermoon usually appears during a total lunar eclipse, the moment the Earth finds itself directly between the Moon and the Sun. The Earth hides the Moon from sunlight, and the name 'bloody' comes from its red glow, writes CBS.

"When this happens, the only light that reaches the surface of the Moon at that moment passes through the edges of the Earth's atmosphere. Air molecules from the Earth's atmosphere scatter most of the blue light, and the remaining light is reflected on the Moon's surface by a red glow. Makes it red, ”NASA scientists explained. The consequence of such events is a 'light ring' around the Moon. However, astronomers cannot yet predict to what extent it will be red because it could be affected by dust in the atmosphere, NASA said. The May Supermoon is one of three this year and will be the largest among them. A Supermoon occurs when the Moon appears larger than usual because it is closest to Earth.

This year's May Supermoon is also called "floral" and it is named after the fact that flowers usually bloom on Earth in May, which means that in Asia they will be able to see in the evening, and in the US in the early morning hours. For those who will not be able to see the eclipse with the naked eye, a virtual telescopic projection is organized.