BMW iDrive 8 - definitely one of the best infotainment systems

Bavarians have already demonstrated that they can produce excellent driving automobiles as well as an excellent infotainment system. So we couldn't wait to discover what the new BMW iDrive offered and whether it was a suitable successor to its predecessors. 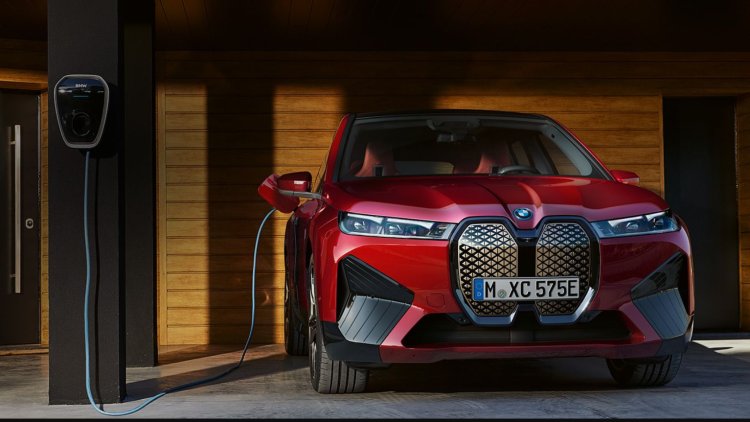 Last year, the successor to iDrive 7, i.e. the operating system that has been on board in recent years, such as the BMW 3 Series, BMW 5 Series, or X5, was presented. We are dealing with evolution in terms of the interface as well as the available functionalities, i.e. the development of past assumptions and solutions. The assumptions are that there will be more of everything and that everything will be better and more modern.

The German company, however, did not boast about a little revolution brought about by the new software during the launch of the BMW iDrive 8. The iDrive dial, which has been a highlight of this infotainment system since its inception and has frequently appeared on lists of the best features, has vanished on some BMW models. Instead, in keeping with current trends, the corporation concentrated on service-based mostly on a touch screen.

As previously stated, the knob has been eliminated only in a few new models, such as the 2 Active Tourer series. The knob is still positioned in the middle tunnel in the majority of the other new vehicles already offered by the BMW iDrive 8 - for example, the facelift BMW 3 Series, i4, iX, or the newly unveiled 7 Series.

However, we wondering if the deletion of the described knob in some versions is a foreshadowing of an impending, palpable revolution. Given the current state of the automobile market, it is not unreasonable to expect BMW to abandon the physical knob with the release of the next iteration of its infotainment system.

Yes, we still have the knob in the center tunnel on most new BMWs with iDrive 8. Furthermore, there is a collection of buttons around the knob that allow access to the most vital features, such as navigation, media, or vehicle settings.

Despite keeping the knob and the buttons, the overall number of physical buttons has been reduced substantially. According to the manufacturer, it was feasible to remove up to half of them in certain vehicles. Yes, the interior now appears more simple and simply more modern, but the service's functionality has degraded as a result.

A good example is the air conditioning control, which used to be on a separate, dedicated panel with a plethora of helpful buttons. Control has been relocated to the touchscreen display in the BMW iDrive 8.

Changing the basic parameters, such as temperature, is still simple - the appropriate controls are always visible on the primary screen. It's less pleasant when we want to modify the power of the air vents or activate ventilation/heating of the armchair - all of this necessitates entering a separate menu.

This is not a problem when stationary, but it is inconvenient to drive. Furthermore, with the BMW iX, which has substantial air conditioning, there are so many selections on the screen that locating the one you want takes some time.

A useful button that allows you to rapidly access the menu with the settings of the driver's assistance has also vanished. The related options were relocated to the screen that contained the majority of the fundamental vehicle settings.

Furthermore, with the exception of the i4, the buttons for quick selection of the driving mode - eco, sport, or comfort - have been deleted in models equipped with BMW iDrive 8. Everything is now under one button, My Modes, which opens a separate menu on an additional screen - only from its level do we select the driving mode we want.

The BMW iDrive 8 interface was clearly developed with the touch screen in mind. Individual parts are large enough that they can be hit with a finger while driving a car. However, the operation is not as convenient as with the rotary knob.

First, when we place our palm on the central tunnel, the knob is always just under our fingers. Second, the knob not only rotates but also provides a set of useful movements, such as fast returning to the previous screen.

Does this imply that the absence of a knob renders the BMW iDrive 8 in the new 2 Series obsolete? Obviously not. The ease of use is substantially lesser, yet it is still passable. In comparison, most other automobiles' entertainment systems are controlled by touching the central screen.

In terms of interface and offered functionality, the BMW iDrive 8 is an improvement over its predecessor. Although there were some notable novelties, the Bavarians did not choose to make drastic alterations and instead opted for tried-and-true methods.

The interface has been drastically updated, and it is now more vibrant and modern in appearance. It resembles an operating system from a science fiction film, albeit one set in the near future. We must say that the resulting effect is quite appealing.

BMW clearly devoted a lot of effort to crafting individual graphics and merging them into a cohesive whole. This includes the software displayed on the center screen, as well as the digital clocks behind the steering wheel and the windshield-mounted Head-Up Display.

We are dealing with a true leader in the area of entertainment systems in terms of offered functions, efficiency of operation, aesthetic appeal, and ease of use. Bavarians have once again demonstrated their ability to produce high-quality automotive software.

It should be recognized, however, that not all innovations are beneficial. Certainly, the absence of the iDrive knob on certain BMW models should be added to the list of drawbacks. In addition, the number of physical buttons has been reduced, and the air conditioning control panel has been moved to a touch screen.