THEY'RE MOCKING THE LATE PRINCE PHILIP 'This is disturbing, can he rest in peace?'

The controversial series 'The Prince' has appeared, depicting the life of Prince George, in which the late Prince Philip also appears - in a disturbing way. 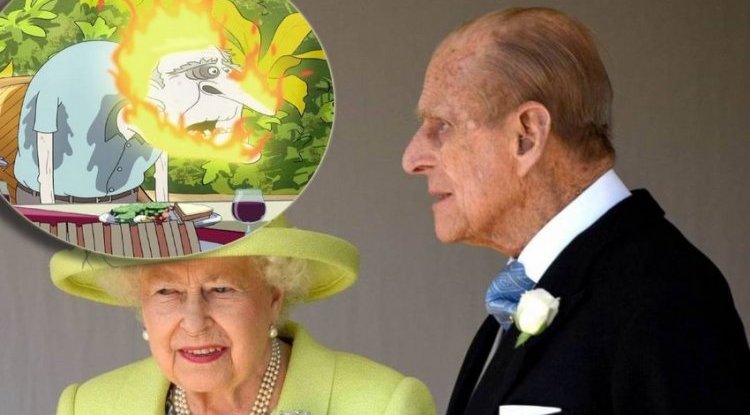 Prince Philip, the man holding the record for the royal husband with the longest status in history, passed away on April 9 this year.

Unfortunately, he failed to celebrate his 100th birthday, which was almost two months ago. Despite having a truly turbulent life behind him, he deserved to rest in peace.

They are not helping in the film industry, more precisely on the filming of the animated series 'The Prince', which revolves around the life story of Prince George. Why? Namely, after the release of several episodes, no one failed to notice that the deceased prince was ridiculed in several situations.

In one scene, he is shown falling to the floor during dinner, while other members of the royal family surround him to continue talking, seemingly undisturbed.

Some social media users have criticized the choice of character description of Philip in the series, given his death in April. 'I'm not a fan of the royal family, but the way Prince Philip is portrayed is disturbing,' comments began on social media.

Some believe this was a low blow for the royal family, especially for the children and the queen, who still mourns for her husband. ‘I’ve never been a fan of the royal family, but even I feel bad about them’, ‘and he was a man, it’s very sad to see him portrayed like this’, are just some of the comments.

By the way, various stories have been circulating about Philip during his long life. Out of love for Elizabeth, he renounced all titles and took British citizenship. After obtaining permission from George VI, Philip married the woman of his life. Interestingly, the prince and queen are related. Both are descended from the lineage of Queen Victoria. Elizabeth on her father's side, and Philip on his mother's side.

Even at the beginning of their married life, there were rumors about Philip's extramarital affairs. Although not once did any woman go public and admit to sleeping with Prince Philip, British tabloids have written many times about his infidelity over decades of reporting. Philip escaped from the royal palace several times and lied to the queen and made up excuses to fly to the other side of the world and be in someone else's embrace, and the most famous affair is with the famous American film actress Veronica Lake. She was one of the most famous pin-up girls and one of the most beautiful blondes ever.

But despite the many stories that have been circulating for years about Prince Philip - until his death, he remained with his wife Elizabeth, and together they overcame all obstacles in life. And thanks to that, they are recorded in history as the longest-lived royal couple.