There is no longer any doubt that the world of finance is revolving around new technology, but the cryptocurrency market is unpredictable every day which is why that market is full of risk. 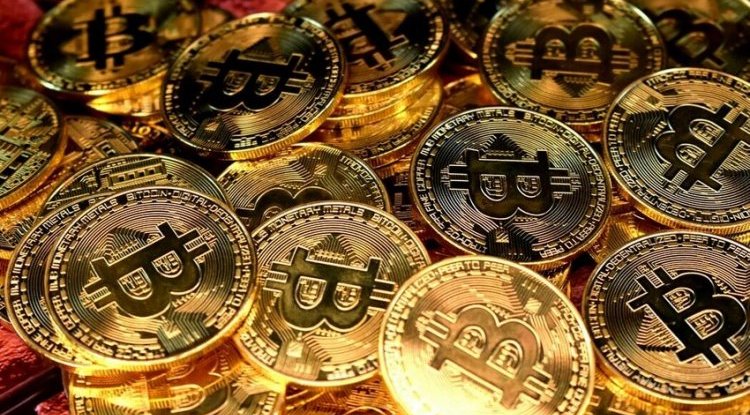 There is no longer any doubt that the world of finance is revolving around new technology, but the cryptocurrency market is unpredictable every day which is why that market is full of risk. That cryptocurrencies are an incredible market of gigantic proportions is shown by the total value of all cryptocurrencies, which on July 16, 2021, was higher than 1.3 trillion dollars.

It has become common knowledge that cryptocurrency is a digital currency that can be used to buy goods and services, but it also uses online systems with strong cryptography to secure network transactions. CoinMarketCap, a well-known market research website, shows how more than 10,000 different cryptocurrencies are currently traded publicly.

Cryptocurrencies are hailed around the world as the future of finance, but the price volatility surrounding these digital offerings still makes them risky investments. However, the riskier the investments, the higher their profitability in case of success. In 2021, bitcoin still has the highest market value, reaching as much as 32,000 dollars, followed by ethereum with a value of 2,000 dollars, which continues to grow. They are followed by tether, Binance coin, Cardano, Polkadot, and many other cryptocurrencies

If you had invested 10 years ago, you would be a millionaire today

Each of these has daily fluctuations in its values, which is why many are hesitant when making a final investment decision. For that reason, below are the five predictions expected in the cryptocurrency market in 2021.

Get informed first, then invest

Cryptocurrencies are of a virtual "intangible" form and represent abstract but valuable investments. Every true investor must understand the very core of the object in which he invests in order to understand the changes in the market and their impact on the movement of the value of the object. The same rule applies to cryptocurrencies - you must first understand the basics on which the market works, then follow the movements of currencies and predictions of financial experts, and only then invest. The well-known financial site Insider Monkey has presented predictions of movements in the cryptocurrency market in 2021, which will help every real investor in making a final decision, and perhaps encourage someone to become more familiar with this digital market.

If Bitcoin is a gold cryptocurrency, Litecoin is silver

Charlie Lee is the executive director of the Litecoin Foundation and the founder of the "coin" itself - the sixth largest cryptocurrency in the world, which works on the "Proof of stake" mechanism - proving the share. This approach works by having network nodes invest a certain amount of cryptocurrency to become candidates for validating a new block and making money from it.

The algorithm then selects a node from the candidate group to confirm the new block. This is exactly what makes Litecoin different from bitcoin, which works by the "Proof of work" mechanism, which, due to the high energy intensity it uses for mining, was targeted by Elon Musk. Litecoin is also considered a bitcoin spinoff that offers lower fees and faster transaction times than the parent coin.

Lee gained experience as a former engineer at Alphabet Inc., based in the federal state of California, which is known as one of the largest institutional investors in digital currencies. In an interview with the American newspaper CNBC at the end of April this year, Lee explained that in the world of cryptocurrency, Litecoin is similar to bitcoin, such as silver and gold, noting that Litecoin uses a different mining algorithm in relation to parent money.

This difference could be important for companies like Alphabet that want lower fees and faster networks, as well as environmental options in the crypto industry. During his appearance, Lee told CNBC that Litecoin is four times faster than bitcoin and has more tokens, which makes it easier to use.

Polkadot is in a position to take over the altcoin space Denko Mancheski is the CEO of Reef Finance, a major aggregator of agricultural economies for liquidity and returns that he has invested in Polkadot, a network and cryptocurrency that acts as a bridge between different blockchain systems. He explained that it is a secure financial system, similar to the one used by Square, Inc., a California digital payment company. But the difference between them and Polkadot is that Polkadot gives developers access to security to boost defense around their new currencies, making them less vulnerable to external attacks. Forbes itself announced in February that Polkadot was in the main position to take over altcoin space - a space that includes all non-bitcoin cryptocurrencies, due to slow development within Ethereum, which will be another step closer to giant bitcoin. Ethereum will reach a value of 100,000 dollars by 2025

Ethereum is the second most popular cryptocurrency in the world, which many believe will take the first place from bitcoin in the coming years, because large companies such as Shopify Inc., a Canadian e-commerce platform, already accept Ethereum as a payment currency. Such trust is already paying off because financial experts like Sarah Elizabeth Bergstrand, BitBull Capital's chief operating officer, believe that future developments within the Ethereum system, which is in the process of switching to a "leaner" platform with less energy cost lead to a staggering increase in the price of their “coin”. In an interview with Forbes, Bergstrand predicted that Ethereum would grow to an incredible $ 100,000 by 2025.