Apple has never been one to get too close to cryptocurrencies, and even as Bitcoin, Ethereum, Dogecoin, and all the other cryptocurrencies have become very popular over the last few years, Apple has consistently avoided having anything to do with them, whether through company investments or payment service integration. 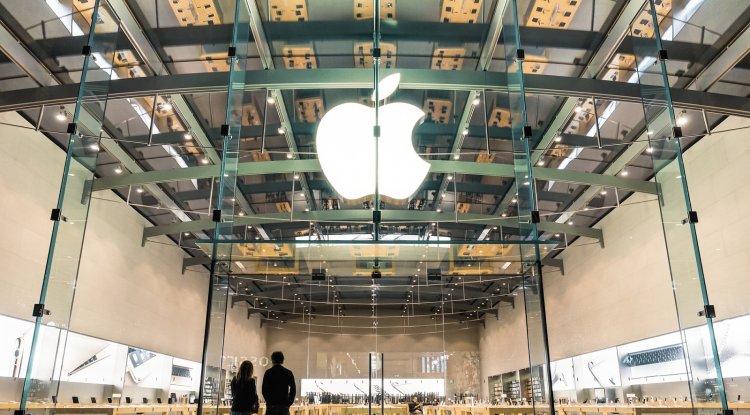 Apple has never been one to get too close to cryptocurrencies, and even as Bitcoin, Ethereum, Dogecoin, and all the other cryptocurrencies have become very popular over the last few years, Apple has consistently avoided having anything to do with them, whether through company investments or payment service integration.  Since Apple Pay has been competing with Google Pay for some time, already one of the largest digital wallet applications used globally, the question is often asked why Apple Pay still does not have support for cryptocurrencies - whether it is their purchase via the app or simply for use for shopping.  Although Apple finally became a partner with Coinbase in June this year to begin supporting Coinbase cards for mobile cryptocurrency users, that's about as much as Apple was willing to dive into crypto waters.  According to Phone Arena, in a recent interview at The New York Times DealBook Summit, Apple CEO Cook finally took a bite and talked about some of the company's views on cryptocurrency, although he did not go into too much detail about the real reason why the company never entered the market. or provided digital wallet support, even when bitcoin and other currencies were booming.  " It's something we're looking at, it's not something we're currently planning to do," Cook said. This is reminiscent of the mild statements of the vice president of Apple Pay, Jennifer Bailey from 2019, that Apple monitored the space for cryptocurrencies, but that it is not in a hurry to enter it yet.  Cook also insists that his personal views on bitcoin and cryptocurrency do not influence the decisions he makes for the company. He says that although he owns Bitcoin himself, he does not believe that the transfer of Apple's funds to cryptocurrencies would go well with Apple stock investors because it would add an additional factor of volatility to stock prices.  " I wouldn't invest [our cash balance] in cryptocurrencies, not because I wouldn't invest my money in cryptocurrencies, but because I don't think people buy Apple shares to be involved in cryptocurrencies," Cook said. If they want to, they can invest directly in crypto in other ways. "  "And I do not plan," adds Cook, "in the near future to take cryptocurrencies for our products, as a means of tender. But there are other things we are definitely looking at. "At the urging of his interlocutor, Cook refrained from giving any additional details, saying that the company is not ready to publish anything yet.  By: Olivia J.