According to Valve, the Steam OS pre-installed on the Steam Deck handheld console should have its own integration for AMD's FSR upscaling technology. 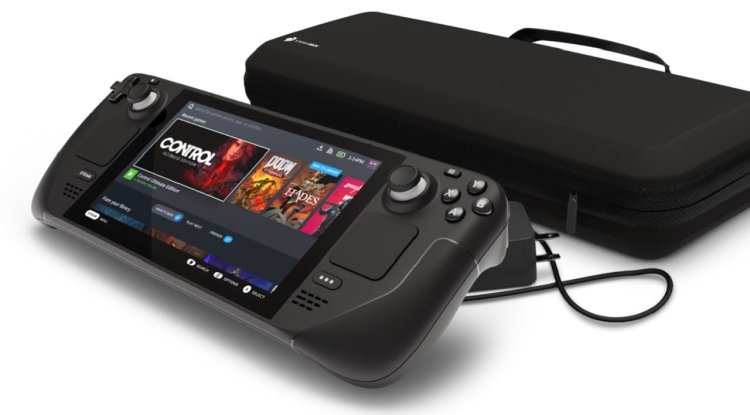 According to Valve, the Steam OS pre-installed on the Steam Deck handheld console should have its own integration for AMD's FSR upscaling technology. This should allow games to be scaled up accordingly even if they don't actually support the technology at all.

Although Valve's Steam Deck will probably offer above-average performance for a handheld console, the built-in AMD APU with four Zen 2 cores and 512 RDNA2 shaders should also reach its limits in some titles. Although the Steam Deck only has a resolution of 1280 × 800, the GPU should still be a problem in some games, so you have to reduce the graphic details or the resolution.

FSR support for everyone

Valve wants to offer another option so that the built-in chip can still handle most games. According to an FAQ created for developers, the company plans to integrate AMD's Fidelity FX Super Resolution (FSR) upscaling technology directly into a future version of the pre-installed operating system Steam OS. In concrete terms, FSR was already integrated into the Gamescope window manager at the beginning of February, which is also used by Steam OS. With a future update, the technology should also come to the Steam Deck.

"FSR is already available for some applications that support this feature. Games with FSR will work unchanged on the Steam deck. However, in a future OS update we will also add FSR support for other games. With this, games will most likely be able to use FSR even if they don't support it natively."

The integrated upscale should then continue to be used for games with FSR integration, but FSR should also be available for other titles through OS integration. However, it is unclear whether this will really apply to all games. Valve has chosen a very defensive formulation here. So sometimes there might be problems.

It also remains to be seen how well FSR performs at such low resolutions. Typically, the technique is used to roughly enlarge source images in the range of HD to WQHD images. With a target resolution of 1280 × 800, on the other hand, the output images would have to be significantly smaller again to achieve a decent performance advantage.

In other news, the steam deck is slowly getting into the hot phase. Valve has now given the dates for the order, independent tests, and the first shipment.

After Valve had to postpone the actually planned release date of the gaming handheld Steam Deck from December 2021 to February 2022 at relatively short notice, it is finally becoming concrete.