Metaflower Super Mega Yacht is the name of an ultra-luxury yacht that exists in The Sandbox metaverse and was recently sold as NFT to one of the players for an incredible $ 650,000 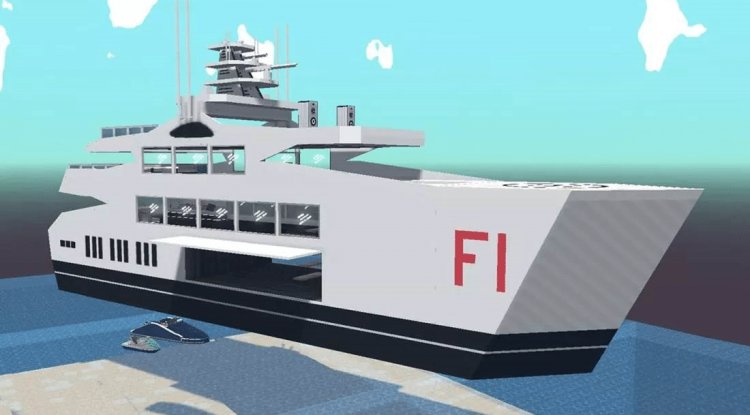 Metaflower Super Mega Yacht is the name of an ultra-luxury yacht that exists in The Sandbox metaverse and was recently sold as NFT to one of the players for an incredible $ 650,000 (real money). The Sandbox is a virtual world where players can build, own and monetize their gaming experience. How come no one has thought of this before? And, yes, they did (Second Life 2003).

The virtual yacht was designed by Republic Realm, a platform for the metaverse and NFT innovation and investment, as given by Fantasy Connections. This yacht is the most expensive NFT ever sold in The Sandbox world.

On the other hand, $ 650,000 is significantly less than the nearly $ 2.5 million paid for a piece of virtual land in the center of the Decentraland world, a competing metaverse.

On the other hand, virtual worlds have been around for some time, they are called video games, so in that context, the metaverse only expands the story that we have known for years. In addition, buying virtual items in games is nothing new, but the problematic trend is that it has become cool that things are paid enormously, making any value system meaningless.

The main question now is what will happen to metaverses around the world. In which direction will they evolve and will they evolve at all. Will Meta take center stage of all the metaverses that will be connected, or will there be several different platforms that users will be able to choose from.

In any case, the trend in which users are racing over who will pay more for ownership of something digital has become completely meaningless and we have stopped being more surprised by things that people pay huge sums of real money. To make matters worse, even when you buy some NFT like a work of art, you can print it out and put it on the wall, but anyone else who hasn't paid a million dollars for it can do the same. Yes, your name is in the chain of blocks, and it says that you own a digital version of a work of art, but keep in mind that this value is subject to rising and falling trends, which are popular right now.