What do we expect from the next Samsung Unpacked

The South Korean conglomerate will stage a new Samsung Unpacked event next Wednesday, August 10, where it will unveil its latest Galaxy products. 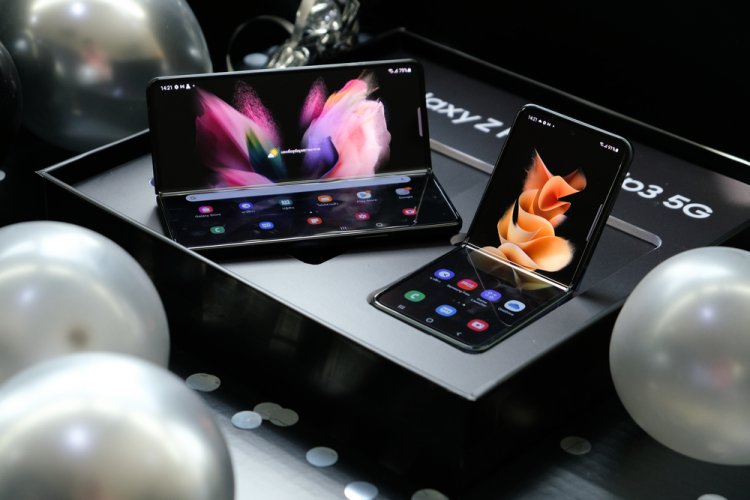 It will be the second event of its kind in 2022, and it will be streamed live on the Samsung.com website or the manufacturer's YouTube page. If you wish to see it, and if you can't or don't want to, don't worry; we'll cover it live and keep you up to date on everything that happens.

In recent years, Samsung has chosen the month of August to introduce its new generations of folding smartphones to the public, and this year will be no exception, as revealed by the same advertising image of the event and the countless leaks that have hit the Internet in recent years. It should be noted that Samsung controls the majority of folding phone sales (more than 70%) and does not want to lose that advantage. At least until Apple decides to commercialize its foldable iPhone...

As a result, the foldable will be the main attraction at Samsung Unpacked, but not at the expense of other areas such as smart watches, headphones, or maybe a laptop. Although this is primarily a hardware event, we may see a preview of the next generation of Samsung's Android user interface.

It is without a doubt the most technologically advanced folding mobile series on the market. There are no substantial changes in the external appearance for the new edition, but it does improve in very critical areas in a foldable, such as the redesign of the hinge, which will make the screen fold much less obvious.

Everything implies that Samsung will keep its two displays at 7.6 and 6.2 inches in size while adjusting their aspect ratios, the external from 24.5:9 to 23:9 and the internal from 11.2:10 to 12:10. It is unknown if the terminal, like the Note series, will include a hole in the chassis to store the S-Pen stylus.

In terms of internal hardware, Qualcomm's most advanced mobile chipset, the Snapdragon 8+ Gen1, will be used. It will contain 12 Gbytes of RAM, and Samsung is slated to produce new storage chips that will allow mobile phones to break the Tbyte barrier for the first time.

Because the selfie camera is one of the weaker components in the current iteration, enhancements are also anticipated. The redesigned Fold will be available in a variety of color finishes, including a new beige variant with a hinge and gold edges. They are likely to produce a version for Android 12L foldable with the manufacturer's One UI layer.

The second of Samsung's new foldable will also lead its category. Quite different from the Fold (but for many users the same or more appealing), according to several leaks, it will not dramatically change its shell-type design and the advantages will come from the hinge, which will be slimmer and have a narrower space when folded.

The internal hardware will be updated with Qualcomm's Snapdragon 8 Gen 1 Plus SoC and will be available in 8 and 12 GB RAM and 512 GB storage variants.

In terms of screens, it is predicted that the external one will grow in size while the interior one will remain at the 7-inch size supplied by the existing multi-touch flexible OLED. According to the renders, the terminal will be available in four color options (graphite, rose gold, violet, and blue), as well as with the matching software upgrade, Android 12L with the One UI layer. Also unknown is the pricing range.

Aside from smartphones, Samsung is engaged in another major battle to compete with Apple Watch smartwatches, which dominate the market. Its recent collaboration with Google to use the Wear OS operating system is a nice place to start, and the new model will move that scenario forward.

According to earlier rumors, Samsung will sell its watch in three variants, the top of which would be a 'Pro' with a 45mm stainless steel dial. To emphasize the lack of the rotating bezel that made this series popular in the search for something simpler while keeping the design balance with beautiful and sporty lines.

All variants will include a few physical buttons to the right of the panels, as well as some digital features and functionality including LTE connectivity, GPS, and water resistance up to 5 ATMs. There will be Wi-Fi-only models available for folks who do not require a cellular connection.

Another interesting feature will be an increase in battery capacity, which will reach 573 mAh in the better edition. The screen size of its AMOLED display (about 1.3 inches) and its SoC, which will be a Samsung Exynos, are unclear. Of course, there will be sensors to assess blood sugar levels, heart rate, ECG, blood oxygen SpO2 and VO2 Max, among other tasks connected to health and physical activity.

Prices for the next version of Wear OS with Samsung's UI and apps are expected to cost between $250 and $350. The Apple Watch faces stiff competition.

More hardware and One UI 5.0

In addition to the three major launches, it would not be surprising if Samsung introduced new versions of its Samsung Buds wireless headphones, which will support noise cancellation technology and increase the size of the battery in both the headphones and the case where they are stored and recharged.

We also allow room in the PC area for the announcement (less likely) of some novelty. Samsung does not have many series of personal computers, but what it does have is of good quality, and with the Galaxy Book as the norm, it grew sales by 63 percent last year.

We'll save the software for last. Last weekend, Samsung launched the beta program for the new edition of its One UI 5.0 user interface. It's only available for the Galaxy S22 and in three geographical locations, but it's significant because it's based on Android 13 and includes some significant enhancements.

It will be the operating system to which the new foldable will be updated, and it will be installed by default in the new 2023 releases, beginning with the Galaxy S23.