Lenovo has released a preview image of the Xiaoxin Pro 27, an all-in-one AIO that is the first to include Intel Arc graphics. 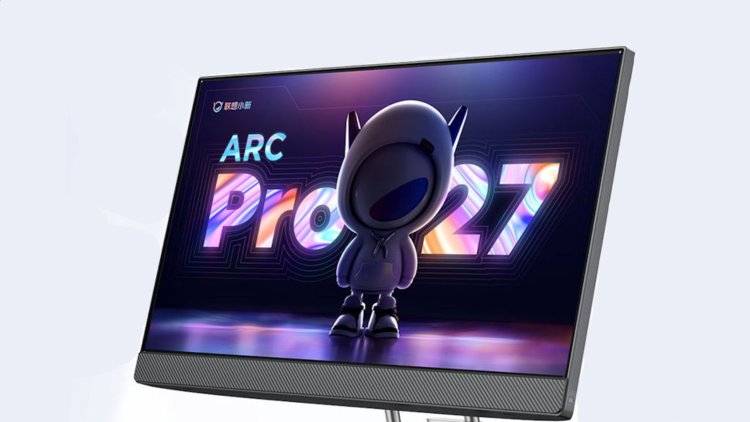 Intel is slowly but steadily making its way back into the dedicated graphics market. The M series notebook computer models that are already on the market will be utilized in other product lines.

It is a small all-in-one desktop computer with a 27-inch diagonal display. (It has also been confirmed that the series would be offered in a 24-inch version.) Other information released indicates that its native resolution is 2K (2560 1440 pixels).

The panel is equipped with anti-blue-light technology and has a refresh rate of 100 Hz. Its chassis houses 5-watt JBL stereo speakers, an FHD webcam, and noise-canceling microphones. It contains USB Type C and HDMI inputs, as well as a 230W power supply.

The most notable feature of this AIO is the usage of integrated Intel graphics, which is being disclosed for the first time in the sector. Lenovo's preferred model is the A370M.

Despite being part of Intel's entry-level lineup, Lenovo claims that it outperforms an NVIDIA RTX 3050M in video editors such as Adobe Premier or Davinci Resolve and that it achieves 152 FPS in League of Legends (at 2K resolution), 110 FPS in Counter-Strike GO, and 142 FPS in World of Tanks at FHD resolution.

This AIO will feature 12th Gen Intel 'Alder Lake' processors, but we don't know how much RAM (presumably 8GB LPDDR5 and higher) or storage it will have (surely at least 256GB M.2 PCIe SSD).

This Lenovo Xiaoxin Pro 27 is appealing to those looking for a tiny desktop with an Intel hardware foundation and the segment's first dedicated ones. It will be available next fall, although no official pricing has been set.