Microsoft has revealed about the new Windows 11 Insider Preview Build 22557 that there will also be optimizations for PC gamers this year. 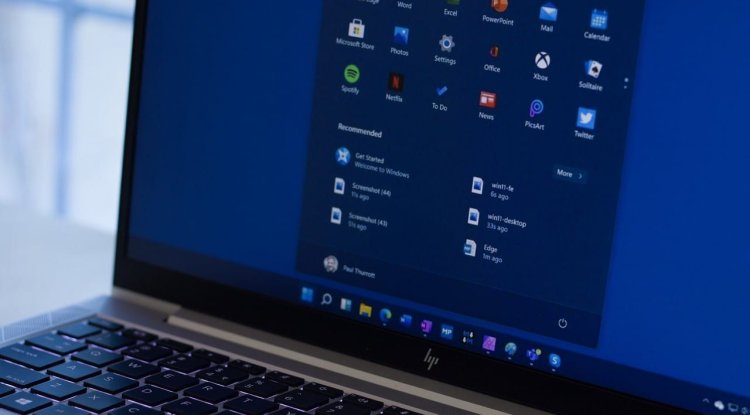 Microsoft has revealed about the new Windows 11 Insider Preview Build 22557 that there will also be optimizations for PC gamers this year.

Microsoft recently released a new preview version of Windows 11 in the Windows Insider program. The Windows 11 Insider Preview 22557 brings numerous innovations, such as drag and drop for the taskbar, app folders in the start menu and many other new features. Microsoft has brought a few optimizations especially for gamers that can be activated in the Settings app if desired. As Microsoft executive Hannah Fischer explains in the blog post, the improvements revolve around DirectX 11 and DirectX 10 games, which are played in window mode, i.e. do not run in full screen. Nothing should change for all games that are played in full screen, since the corresponding settings are already activated there by default. To disable, right-click the game's .exe file, select Properties, and click Disable Full Screen Optimizations in the Compatibility tab.

Microsoft wants to improve performance with the new, optional mode for games in windowed mode. To do this, the latency should be reduced. So far, such optimization has only been available for video games in full screen, with Windows 11 Insider Preview 22557 this can also be activated for DirectX 11 and DirectX 10 games. For this, the modern DXGI flip model and the presentation mode from DirectX 12 applied for video games in windowed mode for the first time. For example, it is possible to send application frames directly to the screen instead of going through the desktop composition, as was the case with the predecessor Blt mode in Windows 7. The DXGI flip model has been available for fullscreen DirectX 12 PC games since Windows 10 Version 1803 aka Windows 10 Spring Creators Update. To enable the new features for games in windowed mode, you have to go to the settings app, which can also be accessed with the key combination Windows + I:

In other news, Microsoft has steered Windows development toward usability in order to reach the greatest number of people and completely control the computer desktop. Its operating systems’ learning curves are fairly smooth, and its operation to carry out fundamental activities is accessible to anyone. Of course, it is not as adaptable or powerful as some would like. At least, that’s what you think at first because powerful Windows apps exist in addition to the usually useful third-party software that you sometimes have to rely on.