Youtuber redesigns Tesla to be jet-powered

On the YouTube channel Warped Perception, these days, the main hit is a remake of Tesla's Model S, with the addition of three jet engines. 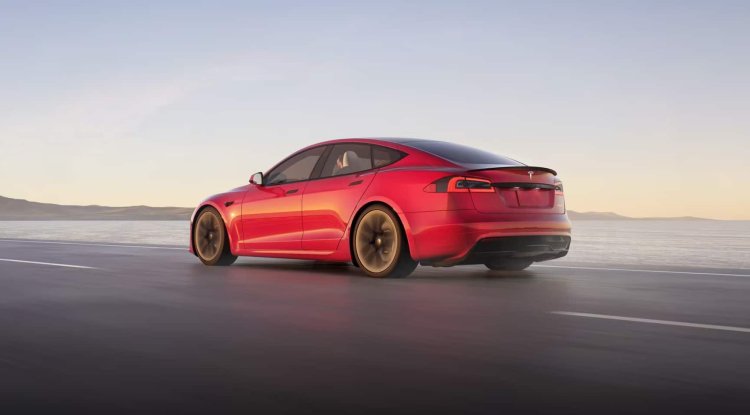 On the YouTube channel Warped Perception, these days, the main hit is a remake of Tesla's Model S, with the addition of three jet engines that look quite attractive.

It's been more than two years since Elon Musk announced that the new generation of Tesla Roadsters will have a "SpaceX equipment package", which should include nozzles for faster acceleration. According to Musk's idea, these should be small devices that will fire compressed air jets, not real rocket engines - but now someone has taken up the job and installed real rocket engines on Tesla.

His name is Matt Mikka, and he is a YouTuber who runs the Warped Perception channel. On his channel, he regularly publishes entertaining videos related to cars and mechanics. This time he decided to put three rocket engines on the back of Tesla's Model S and see what would happen.

Much work has been done on this project because the engines required a powerful holder, then a fuel supply control system, and consequently power, and the budding innovator also installed screens in the cabin that show information about the operation of jet engines. In the end, this Tesla has an additional propulsion system that consumes up to 7.5 liters of fuel per minute.

To test his invention, Mikka headed first to the public highway and then to the closed track for acceleration races. You can see the visually attractive results in the attached video.

What is a bit disappointing is the fact that such a complicated and expensive drive system is not up to the knees of electric motors. Tesla's Model S, which normally accelerates from zero to 100 km / h in 4.3 seconds, with this powertrain, together with the electric one, did zero to 100 km / h only in 3.32 seconds. This, of course, is not even close to the result achieved by the same model in the Plaid version (under 2 seconds). But Mikka is already announcing that he will try to perform the test in ideal conditions and thus further reduce the acceleration time.