It's time to summarize. It is especially important this year because it was not an easy one. The entire technology industry was struggling with big problems. 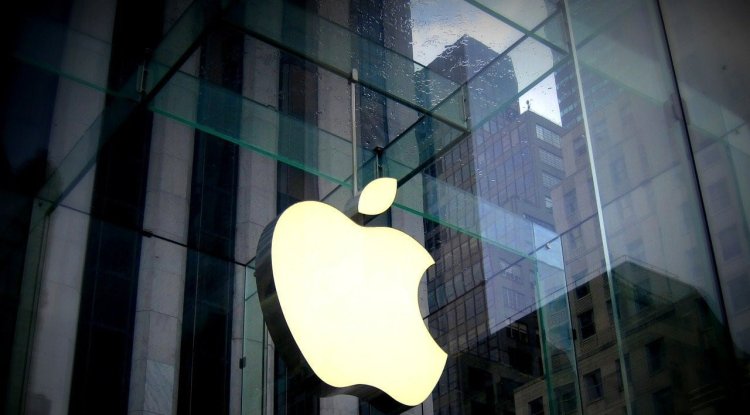 It's time to summarize. It is especially important this year because it was not an easy one. The entire technology industry was struggling with big problems, but in the end, it turned out not too bad. Let's recall how Apple has done over the last 12 months.

Coronavirus burned everyone. Companies producing electronic devices have struggled and are still struggling with the crisis in the market of semiconductors, which are necessary for the operation of such devices. Apple was particularly hit hard. There were reports on the web that the company's authorities gave up the production of some devices in order to increase the supply of others. This was the case with iPads and iPhones, among others. The production of tablets has been reduced to increase the availability of smartphones. Despite this, in November the shelves were empty, for the time being, the latest models of Apple devices were practically unavailable.

These problems did not stop Apple from introducing more products. Some were very good and others were a bit of a force, but the annual calendar of premieres was realized. Here are 5 Apple products that have been talked about a lot over the past year.

In April, Apple introduced two 5th generation iPad Pro. At first glance, these tablets are no different from their predecessors, but in reality, the differences are huge. This year's models are equipped with the M1 system - the same one that is installed in several models of Mac computers.

For several years, Apple has been positioning the iPad as a device that can replace a computer. iPads are, according to many, the best tablets on the market, but so far they have not matched computers in terms of both hardware and software. This has changed this year, and thanks to the M1 chip, these tablets are on par with most mid-range computers.

It is also worth noting that the largest model uses the Liquid Retina XDR display, which is also installed in the Apple Pro Display XDR monitor and can be used as a reference monitor.

iMac with the M1

During the April product presentation, the new iMac model with a screen size of 24 inches also debuted. This is possibly the last Mac to feature an M1 chip. The same processor has the above-mentioned iPad Pro, MacBook Air, last year's MacBook Pro, and Mac mini, so it is nothing extraordinary in this matter.

It is worth noting, however, that the new iMac is the first new-generation Apple computer. Compared to previous models, they have been completely redesigned. The frames around the screen are much narrower and have a white color. These computers are available in completely unprecedented colors. There are blue, green, pink, silver, yellow, orange and purple.

You can find information on the web that a new MacBook Air will be created based on the design of this computer. It can therefore be expected that the new iMac will set trends in the design of the next generation of other Apple computers.

Probably the only negative hero of this statement. Before its premiere, analysts predicted that this year the watch will be completely redesigned and will have new sensors to monitor health parameters. It was supposed to be a sensor for measuring temperature and blood pressure.

The look of the watch was also supposed to change completely. The case was to resemble the housing of the 12 and 13 series iPhones. The edges were to be less rounded than in the case of the 6 series watches.

It turned out, however, that there are not many differences from the previous generation. The basic changes are a slightly larger screen and dust resistance. The Apple Watch Series 7 does not differ much from its predecessor.

It is difficult not to mention Apple smartphones in such a list. The company presents new models every year, and the degree of their innovation varies. There was no revolution this year, but a few changes have been made that are noteworthy. A lot of changes are related to the camera, and the Pro series has gained the most news.

The cameras in all models received automatic matrix stabilization, which significantly improved the quality of photos. iPhones 13 Pro series have the function of adaptive screen refresh with a maximum frequency of 120 Hz. This is not new to the market, but it is the first time it has been used in iPhones.

This year's generation of iPhones can not be called innovative or revolutionary, but there will certainly be people who will be happy to replace the iPhone 12 series with a new one.

The last novelty this year with the logo of a bitten apple on the casing. The design of the computer has not changed significantly. It's also not as attractive as the new iMacs, but it's a device designed to work. There is no economic justification for purchasing a new MacBook Pro as a home computer.

The new MacBook Pro uses new Apple Silicon chips - M1 Pro and M1 Max. They are much more efficient than their predecessor. It is worth adding that the new systems allow you to support up to 64GB of RAM.

The latest Apple laptops are not for everyone, but the target audience of professional users will surely appreciate them. Computers are small, and the new systems are characterized by great efficiency and low energy consumption, which translates into long battery life.

As you can see, there was no revolution this year. The most interesting is definitely the new Apple Silicon systems that have been used in MacBook Pro so far. It is also worth paying attention to the iMacs with M1, which may partially reveal what the future of Apple computers will look like. The use of the Apple Silicon chip in iPad Pro has meant that tablets can already be considered a substitute for a computer. We are waiting for better software because iPadOS is not as functional as Windows, macOS, or Ubuntu. iPhones and Apple Watch, as every year, gained a better technical specification, but in their case nothing spectacular happened.