The translation reads, "I'm not a genius, but I can handle it" while it's actually said, "I'm very smart, but I haven't had a chance to get an education." 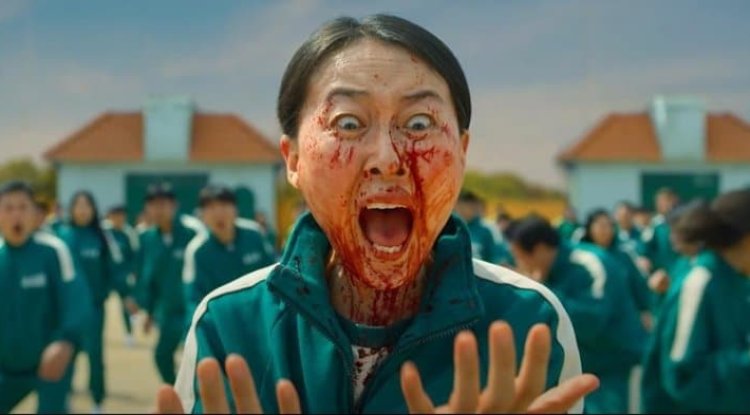 If you’re one of the millions of people around the world who have recently watched “Squid Game,” you might be interested to know that some believe you didn’t quite understand what this is all about. As it is a series from South Korea, most of the television audience watched it with subtitles or in sync.

And here, good connoisseurs of the Korean language claim, serious mistakes have been made.

So Youngmi Mayer on Twitter warns of some of the mistakes. She recorded a video about it. So she explains how certain characters - in this case, a ‘gangster character’ from the lower class - are misrepresented in translation.

For example, at one point the subtitles say, "I'm not a genius, but I can handle it," while in the original the character said, "I'm very smart, but I just haven't had a chance to get an education." Mayer, further, claims, "The translation is so bad, that it seemed to me that I was not watching the same series when I watched it in Korean, and then, in English. All the fine nuances were lost."

There are more examples. In the sixth episode, when player number 1 and team Gi-hun talk about the next game, they also mention the word gganbu. Yongumi interprets how in English it translates as “we share everything,” and it should be different: “there is no division of property between us”. It seems like a small mistake, she says in the video, but it's bigger than it seems: "the whole meaning of this episode is actually lost."

In the series, they play a game called “mugunghwa kkoci pieot seumnida” in Korean. Mugunghwa is actually a Korean national flower, and in Korean, the game would be translated as “every time a flower blooms, you have to freeze”. There is in fact an English version of the game "Red light, green light". In both cases, these are innocent children's games, which take on completely new connotations in the "Squid Games" series.

There has been considerable controversy over the translation, and even the emphasis in the series.

However, not everyone thinks that the translation is so bad. Euijin Seo, a Korean language professor, told Buzzfeed that it still can’t be called a bad translation. "All the dialogues in the series reflect Korean culture. The translation process had to be difficult because there are a lot of expressions in Korean that can't be translated directly into English."

Interestingly, as one commenter notes, in a series involving physical and mental torture, in which participants go through a nightmare fighting for their lives, one of the fiercest controversies developed over the accuracy of the translation.

The series has been translated into thirty-one languages ​​so far and is still number one in more than ninety countries.

"Squid Game," tells the story of poor people who compete in a cruel and deadly game to win a cash prize of 45 billion. Scenes can be seen in the series in which characters are shot in the head and their internal organs removed.

The series of nine episodes was immediately embraced by horror fans. Some have described it as a combination of “Saw” and “The Hunger Games,” while others have pointed out that it is conceptually reminiscent of Kini Fukasaku’s cult 2000 film “Battle Royale”.