A video of the prototype of Tesla's long-announced Cybertruck has appeared on the Internet, which has been seen with some new accessories, such as side mirrors, windshield wipers, and all-wheel drive. 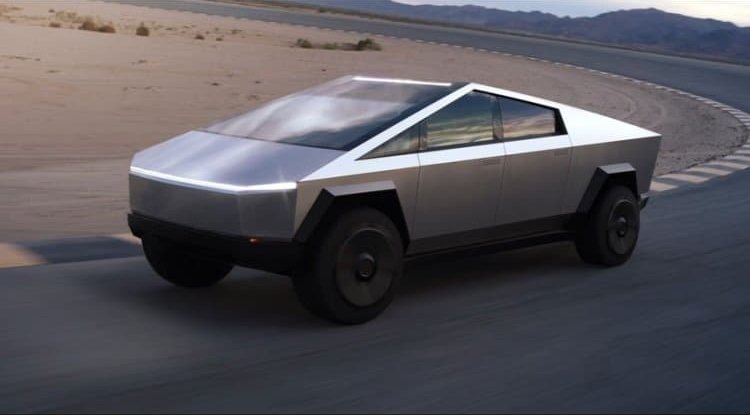 Elon Musk introduced Tesla Cybertruck to the world in November 2019, at the now legendary event in which they managed to break his bulletproof glass, trying to prove how impenetrable they are.

Two years have passed since the presentation, and apart from Musk's tweets about Cybertruck,  we no longer heard or saw anything about that pickup vehicle with the bizarre look, even though Tesla duly received pre-orders from enthusiastic customers.

Although it is not an official shot or something similar after two years we finally have it on video. It seems like a prototype of Cybertruck, but unlike the original, this one has side mirrors, a windshield wiper, and an all-wheel drive.

However, the image is of poor quality and was made obviously from a distance and with the use of zoom, and lasts only 13 seconds. But even that was enough time for the media to notice some changes in Cybertruck’s exterior.

The Drive writes that the footage was probably taken at Merced County Castle Airport, 160 miles east of Freemont.

However, after the post on YouTube, fresh speculations immediately started on the Cybertruck owner's forum, Cybertruck Owner's Club, which is bizarre in itself, because apart from Elon Musk, there is actually no other owner of that vehicle (regardless of Tesla's advance payment) .

Some on that forum concluded that the Cybertruck is now shorter, while others noticed that it has a steeper mounted windshield.

Still, after two years of complete silence at Tesla around Cybertruck, even a bad shot is better than nothing, as this is the first real proof of Cybertruck’s upcoming production, if we don’t count Musk’s tweets. For those who paid an advance two years ago, that’s certainly a big deal.