Lego will present the long neck as a kit to go with the Horizon Forbidden West. The biggest machine in the game world will offer some opportunities for owners. 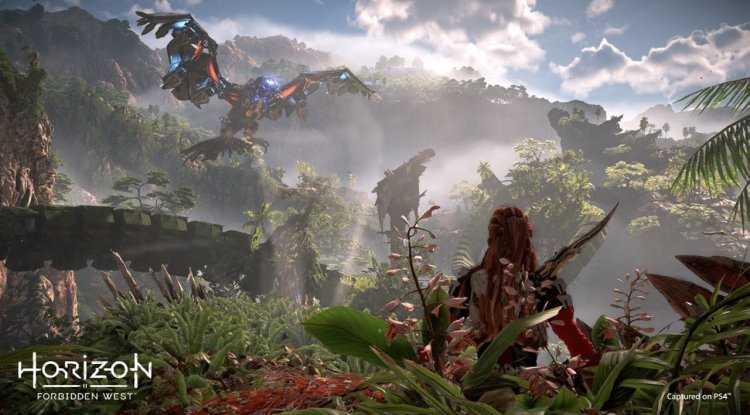 Lego will present the long neck as a kit to go with the action role-playing game Horizon Forbidden West. The biggest machine in the game world will offer some opportunities for owners.

On February 18th, the developer Guerilla will send the role-playing game Horizon Forbidden West into the living room on the Playstation. Publisher Sony will offer the game consoles exclusively for Playstation 5 and PS4, whether there will be a PC implementation is still open. Sony has now announced a collaboration with the Danish terminal block manufacturer Lego for the upcoming release. Lego will offer the Long Neck from Horizon Forbidden West as a building set.

Long neck made of Lego is over 34 centimeters high

Also in the box are Aloy with a bow and spear and a guard as Minifigures. The long neck made of Lego bricks is over 34 centimeters high and makes it possible to set up a birch tree and a rusty street lamp. The Horizon Forbidden West Long Neck Lego set is slated for release in May 2022. It is still unclear at what price the kit will be available. The largest machine from the role-playing game can be built with the long-neck made of Lego bricks.

With 111 reviews on Metacritic, Horizon Forbidden West has an average rating of 89 out of 100 possible points. The action role-playing game about the machine hunter Aloy convinced the trade press. The open-world game is a successful sequel to Horizon Zero Dawn. In addition to the larger world, including the underwater landscape, the new game also offers a revised combat system. Although the fights are one of the strengths of Horizon Forbidden West, sometimes the camera is suboptimal in the fights, and blocking in close combat is missed. Those who want to understand the story should have played the predecessor.

In other news, Computer Tycoon, a one-developer project is currently getting a lot of attention. The title is somewhat reminiscent of Mad Games Tycoon and should appeal to the same target group. Instead of games, however, computer systems are developed and the history of development is also related.

If you want to make history as a game developer, turn to Mad Games Tycoon. And a very similar approach to computing now exists in the one-man project Computer Tycoon. Here, too, one founds one’s future empire in a garage at the time when disco music dominated the charts and computers became household-friendly. The comparison to Mad Games Tycoon may be shaky, but the target groups of both games are likely to be quite similar, which is why it will be drawn.