AMD on the importance of Zen 4 and supply chains

AMD has submitted new figures for the fourth quarter of 2021. Particularly interesting is the view of the sales with Ryzen 5000, Radeon RX 6000, 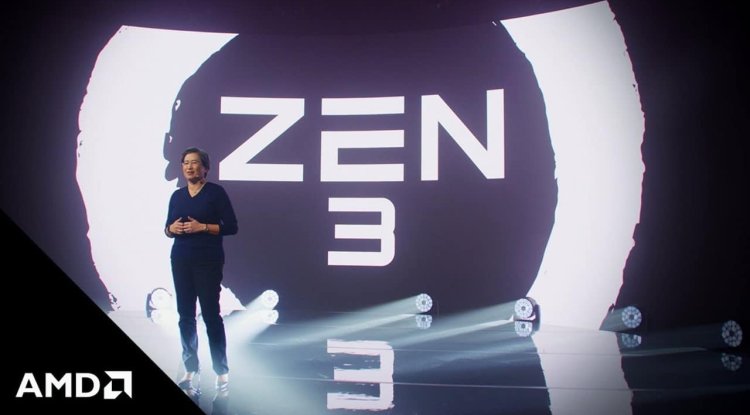 AMD has submitted new figures for the fourth quarter of 2021 and is convinced in sales and profit. Particularly interesting is the view of the sales with Ryzen 5000, Radeon RX 6000, and PS5 or Xbox Series S | X. There is also a view of Zen 4.

According to the press release, AMD comes in terms of sales to $ 4.826 billion, an increase of 49 percent to the previous year and an increase of 12 percent to the previous quarter. Net profit was strong $ 974 million after 948 million in the previous quarter. The comparison with the same quarter of the previous year lags something. In Q4 2020, there was a single effect of $ 1.3 billion through the dissolution of value adjustments. Over the course of the year 2021, AMD was able to increase net profit every year. Overall, the 5 billion mark in sales and the 1 billion mark in profits are being scratched. That made for a plus of seven percent on the stock market today because the prospects are good too. In the first quarter, one would like to come to the five billion turnover, in the full year, a sales growth of 31 percent in the previous year is awarded.

As always, a look at the fine print shows where AMD's growth is coming from. In the Computing and Graphics segment, where Ryzen (5000) and Radeon (RX 6000) are booked, among other things, sales of $ 2.6 billion were achieved, an increase of 32 percent year-on-year and 8 percent quarter-on-quarter. With Ryzen and Radeon, the average selling price increased again and the operating profit rose from $ 420 million in the previous year to $ 566 million now.

However, the largest relative growth comes again from the Enterprise, Embedded, and Semi-Custom divisions. $ 2.2 billion could be implemented here, a whopping 75 percent more than in the previous year and still 17 percent more than in the previous quarter. According to AMD, the SoCs for PS5 and Xbox Series X were the big driver, but so were Epyc sales.

AMD made some statements on the important products for 2022  So you basically repeat the plans that you have already launched at CES. In addition to the Ryzen 7 5800X3D, which will be coming soon, the Ryzen 7000 CPUs with Zen 4 are also in focus. The desktop CPUs with Ryzen 7000 should offer a "significant increase in performance compared to our current Ryzen processors". To do this, the 5-nanometer Zen 4 core is combined with next-generation memory and IO technologies in the new AM5 socket, according to AMD. We are still “on track to launch them in the second half of 2022”.

In general, AMD is "very enthusiastic" about its 5-nanometer products. Lisa Su sees Zen 4 as "very important". Zen 4 is the focus for this year, for both servers and desktops. Working on the Infinity Fabric allows AMD to optimize the CPU and GPU ecosystem together. In general, demand is very strong and therefore 2022 will also bring strong growth - especially when AMD launches its "next wave of Zen 4 CPUs and RDNA 3 GPUs". AMD has also made "significant" investments to secure the manufacturing capacity it needs to grow in 2022 and beyond. So you want to continue to grow "significantly" faster than the market. Specifically, investments have been made in wafer capacity as well as in substrate and backend capacity. AMD is "very pleased" with supply chain progress to meet 2022 guidance.

And of course, AMD can increase its sales not only about rising quantities but also over higher piece rates. Requested for possible price increases, as they last made the round of Chinese media, SU answers that the industry has experienced some price increases throughout the supply chain. AMD doesn't want to pass these price increases on 1:1, so it's talking to supply chain partners and consumers of the products to find a way to share the additional costs. However, the main focus is on the fact that you can satisfy the "high demand with the offer", says AMD.