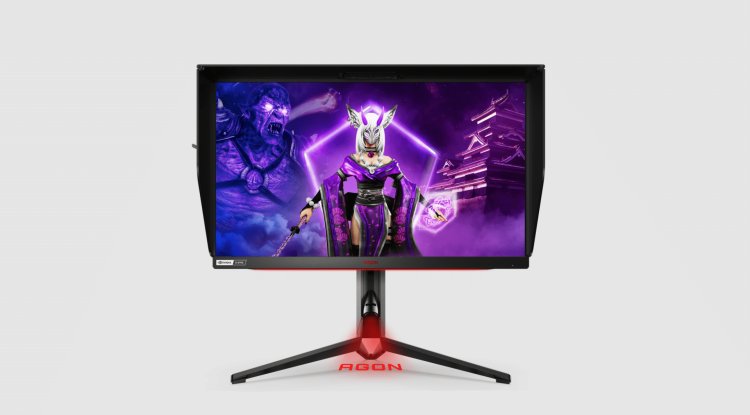 The AOC AGON PRO AG254FG is one of the top performance gaming monitors sold by the Taiwanese manufacturer under the premium brand name 'AGON.' It is designed specifically for use in electronic sports with competitive games, and its most notable feature is a refresh rate of 360 Hz, which is the highest on the market.

Monitors have a vast range of options because they are the most crucial accessory of any computer. There are numerous models available in terms of screen sizes, panel technologies, resolutions, aspect ratios, color levels, brightness and contrast, and other features. The price range is similarly broad, with items ranging from under 100 dollars to hundreds of dollars. His approach is also unique. If 'all-purpose' monitors are the most popular due to their balance and capacity to do any task, professional monitors contain color treatment features.

Gaming monitors are another significant category. A 'Gaming' factor is overused in marketing because it is one of the ones that cause the highest sales of PCs and their components. It goes without saying that video games can be played on any monitor, but when it comes to playing at optimum performance, the list is rather short, and you must go to a model devoted to this category that offers certain characteristics. One of them is the AOC AG254FG.

This AOC model is unmistakably geared for electronic sports. Multiplayer competitive games in which screen speed is more important than size, resolution, or image quality. Of course, the usage of an IPS panel in this situation, as opposed to the normal LCD-TN panel in this market sector, allows it to give a massive performance with extremely good brightness, contrast, and color values.

Of course, the panel's speed remains the primary goal. The refresh rate is 360 Hz, and the reaction time is 1 millisecond, which are the most sophisticated numbers available in the industry. It comes with a hardware module that supports G-SYNC picture synchronization technology (it also supports Adaptive-Sync), as well as a specific NVIDIA Reflex analyzer.

Sections like size, resolution, and support for color palettes are left in the background, as seen in the requirements table. If you need image/video editing or huge diagonals at 4K for entertainment, you should look into other models, such as those supplied by AOC in its extensive catalog. If you want one of the fastest monitors on the market today, the AOC AG254FG is a model to consider.

The build quality is commensurate with a premium model. The monitor is composed of toughened polycarbonate, while the base is entirely built of metal. The bezels are small on the sides and top (7mm), but broader on the bottom (21mm) and contain the AGON brand logo, power indicator light, and Nvidia G-Sync logo printed on the chassis, which we don't generally see because most have a removable sticker.

The bottom bezel has an RGB light strip that provides gentle illumination beneath the display.

The mentioned shading cover draws attention to the front section. It installs without the need of tools thanks to two through screws and is secured on the sides with a couple of supplied clicks. When it comes to moderating both natural and artificial light sources, this visor performs admirably and strengthens the anti-glare coating (in matte) that is included with the panel.

The rear features modern lines that are backed by six RGB light zones, which lend a forceful visual touch to the standard red and black color scheme of gaming monitors. The cooling vents, the AGON brand logo, and an automated brightness sensor are visible at the top. The back is completed with the connection for the support in the center, the power button with OSD joystick to control its functions, and the group of connectors at the bottom.

It has a wide range of ergonomic capabilities. It can be raised by 130mm, inclined by -3 to +21 degrees, rotated by +-30 degrees, and pivoted to stand upright. AOC has added a projector in the visual part that shows the AGON logo in text or image. It looks good, but it's mainly cosmetic, and the rear RGB lights don't sync with the other RGB peripherals. It would have been more practical than the projector to install some wire management holes in its place.

This AOC AGON PRO AG254FG has a good number of connectivity possibilities. It includes two HDMI 2.0 video inputs as well as one Display Port input. As you may be aware, if you want to enjoy the refresh rate of 360 Hz, you must utilize DP, as HDMI would limit it to 240 Hz and prevent you from taking benefit of the monitor's best feature. In general, and until HDMI 2.1 is widely used, Display Port is the clear winner when it comes to connecting PCs to display displays.

To emphasize the USB 3.2 hub that is included. Once connected to your PC, the monitor has four high-speed USB Type-A connectors, including a fast-charging port and another (denoted by green) for using the dedicated NVIDIA Reflex analyzer. It would just be missing a USB Type C connector, not just for performance, but also for additional adaptability by supporting DP-Alt mode.

The monitor includes 5W stereo speakers that solely serve to get you out of trouble if you don't have external speakers. It's a problem that many monitors and televisions have: they don't have decent sound. The inbuilt headphone output, as well as two extra jacks for microphone input and output, provide higher quality.

You will see a final USB port that corresponds to one of the AOC accessories included with the monitor. It is a QuickSwitch, a tiny disk used to manage the monitor's settings. You can't manage everything from there, but it's far more convenient than using the power button joystick on the back, and most importantly, we can select the three customized game modes that can be triggered with QuickSwitch with a single click.

AOC provides an application that allows you to manage parts of the monitor's functionality, such as defining game modes, writing macros, and changing its firmware, in addition to specific drivers for Windows PCs. It is not as comprehensive as the OSD, but it is as easy to use as the QuickSwitch.

The average black depth (0.1 cd/m2), gamma (2.30), and deltaE (0.84) values found are excellent. It is not intended to be useful for editing, yet the values are extremely appropriate. In terms of brightness, the maximum level produces peaks near 430 nits, while static contrast exceeds the 1250:1 ratio and is maintained across almost the whole brightness range.

Color homogeneity is acceptable, albeit it is not dispersed evenly throughout the panel. We were also unable to receive the values of the color palettes chosen by the manufacturer, which would have been too much to ask given how high they are. The HDR-400 dynamic range solution does not include local dimming, which we do not like, despite the fact that the viewing angles are very good, as is typical of IPS. Also worth mentioning is the anti-glare treatment, which is excellent on its own but is boosted by the aforementioned shade cover.

One of the fastest monitors is the AOC AGON PRO AG254FG. It enables the transport of graphics card content at breakneck speed, without image fragmentation, tremors, flickers, input delays, or other visual flaws that degrade the experience. And it does it with superb image quality, fast response time at any frame rate per second, and the greatest competitive gaming experience available.

Don't be misled by the size and resolution of this monitor, which is small for the industry average in a world where 2K, 4K, and widescreens with massive diagonals exist. The AGON PRO AG254FG AOC is designed to deliver the best performance in competitive gaming and eSports, and it certainly does so with the industry's highest refresh rate, lowest latency, G-Sync module that follows is the most effective among image synchronizers, the NVIDIA Reflex analyzer, and all kinds of technologies and added functions.

If you have read the full review, you will have determined that the AOC AGON PRO AG254FG is not a low-cost product. It is not intended for general usage, but rather for an elite segment of the video game market: electronic sports and competitive multiplayer, where the speed of the panel is the most desired attribute.