Apple iPhone 14 Pro: does it include a 48-megapixel camera for 8K videos?

There are new rumors about the upcoming new edition of the iPhones in 2022. Does the iPhone 14 Pro handle 8K videos thanks to a 48-megapixel camera lens? 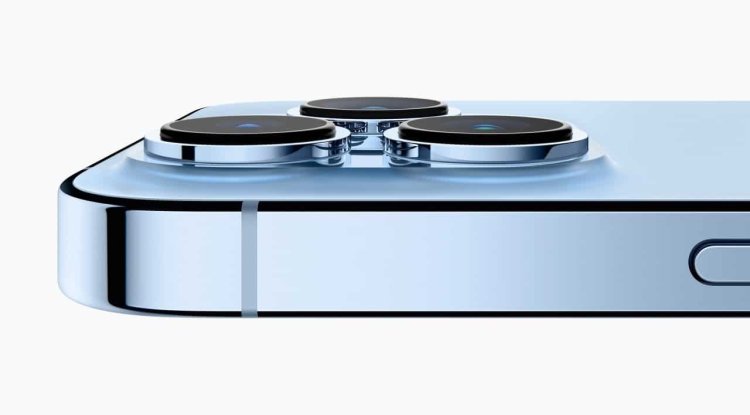 There are new rumors about the upcoming new edition of the iPhones in 2022. For example, does the iPhone 14 Pro handle 8K videos thanks to a 48-megapixel camera lens?

In the coming year of 2022, there should be a new edition of the iPhones. Recently there were rumors that Apple could do without the notch in the two planned Pro versions. Rather, the sensors for Face ID should move under the touchscreen and the front camera should be installed as a hole in the display, as is already the case with the competitor Samsung Galaxy S22. Analyst Jeff Pu thinks he knows that the two Pro versions of the iPhone 14 could be equipped with a 48-megapixel camera.

Which model versions should there be for the iPhone 14?

It is possible that the iPhone 14 Pro with 6.1 inches and the iPhone 14 Pro Max with 6.7 inches each have three camera lenses installed on the back. The ultra-wide-angle and telephoto lenses should each have a resolution of 12 megapixels, while the wide-angle lens could even be equipped with 48 megapixels. According to well-known analyst Ming-Chi Kuo of TF International Securities, the 48 MP lens should support 8K video recording. Both Pro versions are to be equipped with 8 gigabytes of RAM, which means there would be more memory than the current iPhone 13 Pro. All of the following possible model versions of the iPhone 14 should have a touchscreen with 120 Hertz:

Allegedly Apple does without the mini model, which is available for the iPhone 12 and iPhone 13. Many smartphone users now prefer to use models with a larger touchscreen, so Apple will probably bow to this trend as well. Only the iPhone SE still holds up the flag of compact smartphones at Apple. The Apple iPhone SE costs around $ 520 and is equipped with a 4.7-inch touchscreen as well as a camera lens and the A13 Bionic Chip. If, on the other hand, you want more speed with the A15 Bionic Chip and better photos, you can grab the iPhone 13 for around $ 1000.