Teamgroup has announced another DDR5 module! 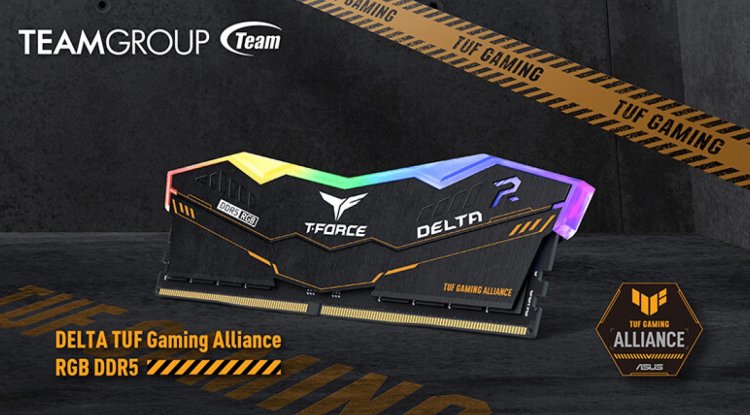 Teamgroup has announced another DDR5 module. The "T-Force Delta TUF Gaming Alliance RGB DDR5 gaming memory" is being developed in cooperation with Asus, aiming for a DDR5-6000 kit with a total of 32 GByte of RAM. Unfortunately, this kit is not yet available either.

Unfortunately, December also only brings disillusionment when it comes to DDR5. Alder Lake CPUs are readily available, but there is still a lack of DDR5 modules. In our price comparison, you can only find listings. With the "T-Force Delta TUF Gaming Alliance RGB DDR5 gaming memory", Teamgroup has announced another product, the "industry's first co-branded DDR5 gaming memory."

However, this RAM should not be available for the time being. The press release states:

"Some samples have been sent to TUF Gaming for testing with future DDR5 motherboards to ensure optimal compatibility and reliability."

Teamgroup does not reveal for which time window the launch is planned.

Visually, the "T-Force Delta TUF Gaming Alliance RGB DDR5 gaming memory" is reminiscent of the T-Force Delta team groups, especially since both send RGB lighting into the race. But the newcomer is based on the name-giving TUF series, a label under which Asus also brings graphics cards to the people. Instead of an effective 5,200 MHz, there is now an effective 6,000 MHz. Timings don't seem to be fixed yet - at least they haven't been communicated.

Will the market situation for DDR5 memory relax in the coming weeks?