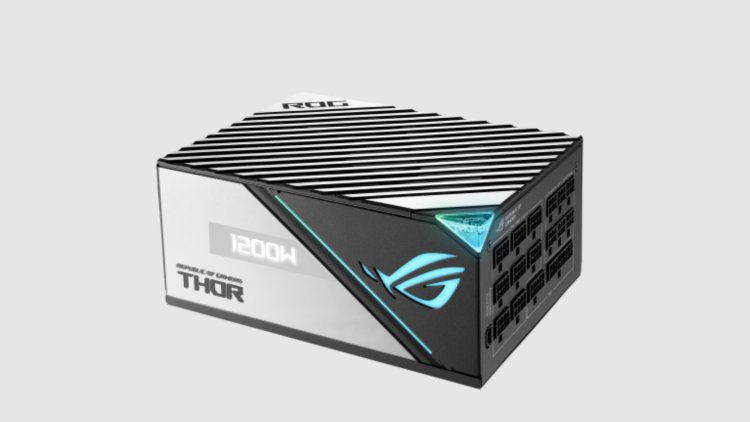 A new power plug will be included with AMD and Nvidia's new graphics cards, which are set to be released by the end of the year as the Radeon RX 7000 and Geforce RTX 4000, respectively.

On the one hand, the new 16-pin connection enables graphics cards with TDPs of up to 600 watts, but it also necessitates proper adapters or new power supplies that already support the new connection.

According to Asus, the next graphics card generation will contain a suitable adapter capable of supplying a graphics card with 600 watts.

The new power supply's technical specifications are nearly identical to the existing 1,000-watt variant. Asus glorifies a volume certification according to Lambda A++, a platinum rating, a built-in OLED display, and RGB lighting once more.

The ATX power supply dimensions stay unchanged: the ROG Thor Platinum II will be 190 mm long and use the same 135 mm fan for cooling.

The new ROG Thor 1200W Platinum II should be available immediately for 455 dollars, according to Asus, while the power supply unit is already listed for 440 dollars.

This means that the new ROG Thor Platinum II has a hefty premium over the 1,000-watt power supply: it is presently priced at slightly under 345 dollars.

BLOCK TORRENTS WITH VIRUS: An effective way to stop piracy has been di...

Even batman is switching to electric propulsion

WE WILL FINALLY BE ABLE TO CHOOSE: iPhone will get two software versio...