Atari is one of those words, one of those names, capable of transporting us to a cloud of memories, of times when we were children or teenagers intrigued by a universe, that of electronics, which began to take a position in our lives and came to entirely alter what we understood as playing. A revolution in which Atari, a historic brand celebrating its 50th anniversary today, played a significant role. 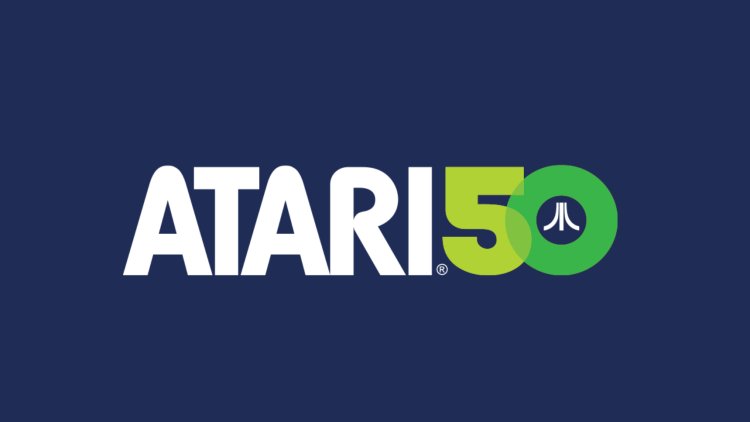 Atari, founded on June 27, 1972, in Sunnyvale, California by Nolan Bushnell and Ted Dabney, played a pivotal role in both the arcade sector and the push to bring the same joyful offering into homes through gaming consoles.

Beyond business movements (such as the sale to the Warner group in 1976), there are two names that stand out from the start. Pong is the first, and Atari 2600 is the second.

Pong debuted on November 29, 1972, half a year after Atari's founding, and is widely regarded as the first electronic arcade game and the first video game, however, the business later faced a lawsuit, which it lost, against the designers of Magnavox Odyssey, the first console in history.

Pong was inspired by table tennis and included two lines on the edges of the screen as well as a box that served as a ball. A potentiometer controlled each lane, and the goal was to always return all shots to your opponent.

Atari, like Magnavox, made a home version of Pong, which became highly popular, and for many people, it was their first video game system.

Many other manufacturers throughout the world were "inspired" by Atari and Magnavox's developments over time, delivering clones of Pong to nearly every corner of the globe, some more finished than others.

As previously stated, the Atari 2600 was the second name. It wasn't the first home video game console, but it was by far the most popular in 1977.

Unlike Pong and other similar concepts, which kept the or the games in the device's internal memory, 2600 used interchangeable cartridges, a format that is established and that has been extremely prevalent in this market for decades.

Because of the success of the Atari 2600, the brand achieved something that many wished for but few achieved: its name became associated with its product category.

Until the release of the NES, particularly in the European and American markets, which did not occur until the mid-1980s, the term Atari was commonly used to refer to game consoles and, to a lesser extent, video games.

The 1970s and 1980s were extremely fruitful years for Atari, which was able to maintain its leadership for many years, but like any developing market, it began to be populated with new competitors, complicating the situation for the firm.

These are the periods when Bernie Stolar, whose obituary we published yesterday, joined the company to try to maintain it on the crest of the wave.

However, the Atari Jaguar, a console ahead of its time, marked the beginning of the company's demise, unable to withstand the onslaught of brands from the other side of the Pacific.

Atari joined with another company, JTS Inc., in 1996, with competition already unattainable, following the economic fiascos of Lynx and Jaguar, and with half of their owners leaving the business, but its activity was effectively ceased, and it never returned to business. take part in the hardware market

However, with the turn of the millennium, and after the brand had passed through various owners, it was acquired by Infogrames, who decided to capitalize on its name, first signing some of its releases, and eventually adopting it as the company's new moniker.

As a result, today's Atari is a reincarnation of Infogrames Entertainment SA (IESA). Its games are published under its own label in the United States, while Namco Bandai Games, a stockholder with slightly more than a third of Atari's ownership, is in charge in Europe.

The complications did not stop there. To no one's surprise, on January 21, 2013, all subsidiaries of Atari Inc. declared bankruptcy, as its economic performance had been poor both before and after Infogrames purchased the trademark.

The parent firm hoped to capitalize on this activity in order to be able to develop new games or, if that was not possible, to be appealing to a potential buyer.

After cleaning up its accounts, the company focused on new business sectors such as mobile games and free-to-play, as well as a new business unit dedicated to cryptocurrencies and, in a 2021 announcement, to the opening of themed hotels (in conjunction with the ICICB Group) based on the brand.

According to the statement, the initial locations would be in Dubai, Gibraltar, and Spain. Furthermore, they revealed ambitions to return to the hardware industry last year, which would be a historic return.

Bushnell and Dabney could not have predicted, exactly 50 years ago today, the vast number of twists and turns that the company they had just founded would take and that it was not even going to be called Atari at first.

Atari is still and will be synonymous with video games, as it is for many other people of my generation, half a century later, despite the hardships and changes that the brand has faced. It doesn't appear that he'll be able to live another fifty years, but who knows?

Again! This is chaos! #instagramdown