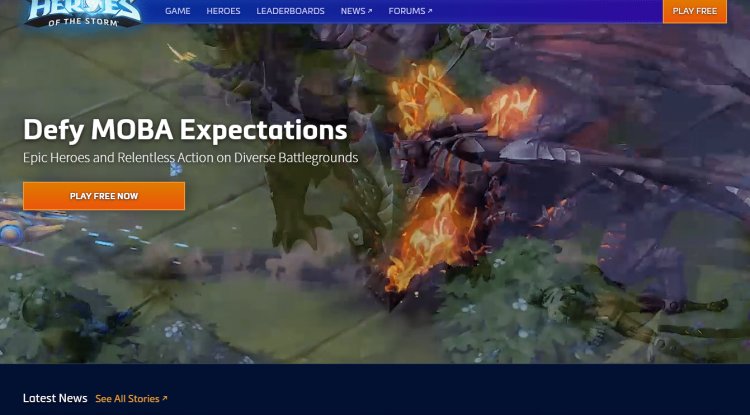 One of the best video games of 2016 was without a doubt Overwatch.

This shooter with elements of MOBA video games brought new breath to the world of competitive shooters, which is why it won the title of the best video game of that year on certain portals and competitions.

Five years later, Blizzard is working hard to continue this game, and although the focus will be on PvE content (players jointly oppose hordes of computer-controlled robots), the main element of this game will still be PvP (players vs. players).

Blizzard has just shown new gameplay regarding the PvP mode, on new maps that will be available only in the new part, and it seems that the general impression is unsatisfactory.

Namely, the new executive director of that game, Aaron Keller, announced that Overwatch will no longer be played six on six, but that there will be five players in one team. That means there will be ten players on the maps, which is standard for most video games, but not Overwatch which had 12 heroes on the field. Currently, OW is played on a 2-2-2 basis, which means that two players are in the DPS position (do the most damage), two players in the support position (usually keep their teammates alive), and two players in the tank position (receive the greatest damage and protect their teammates with their shields).

In the new part, there will no longer be two tanks in one team, but all previous characters (Reinhardt, Winston, Orissa, Zarya, Sigma, Roadhog, and Hammond) will get a redesign (Reinhardt will have two Fire strikes and will be able to stop Charge), and all to be just one tank per team. This kind of change is not best received by players, especially those professional gamers who play in the Overwatch League.

Such a decision is surprising because these tanks are made to work together, that is, they have synergies (Zarya protects Reinhardt, Winston and Hammond jump into the backline together, Orissa attracts while Roadhog hunts opponents), and all these characters in the current game belong to the main tanks and secondary tanks (Main and Off Tank), but this will now be deleted. They explained the reason for this change by saying that it will be easier for the players to cope with the chaos, that it will make it easier for them to balance and that it will simplify the gameplay.

As the game is still in the development phase and all the changes are still unknown, Blizzard has further complicated things with the new decision, especially considering that the release of OW2 is not even in sight. In addition to PvP gameplay, new maps (New York, Rome, Toronto, and Monte Carlo) were shown, as well as new character designs, while nothing was mentioned about the new heroes. A new PvP mode called Push was also introduced.

New changes should not be greeted with so much resentment, Overwatch has changed its philosophy several times throughout history, and only time will tell whether the new changes were good or not. The author of the text is of the opinion that 5v5 brings both advantages and disadvantages. Positive things would be less time to wait for the game, less chance of someone breaking the game or getting out of it, more focus on shooting and fighting, while negative things would be that deleting everything done in the tank line field, support players will be even more exposed to danger, loss of the mentioned cooperation and team game, and it seems to us that this change will benefit the heroes like Widowmaker and Hanzo, sniper specialists, which is not such a bad thing because such heroes require skill (at least Widow) but there is fear that their power can spoil the experience of other players.

It is still unknown when Overwatch 2 will appear.

Check out THIS FREE GAME on Epic Games Store!