BMW i4 eDrive40 - Very attractive base

The electric "Gran Coupé" i4 is available in two power levels from BMW. What is the fundamental one? 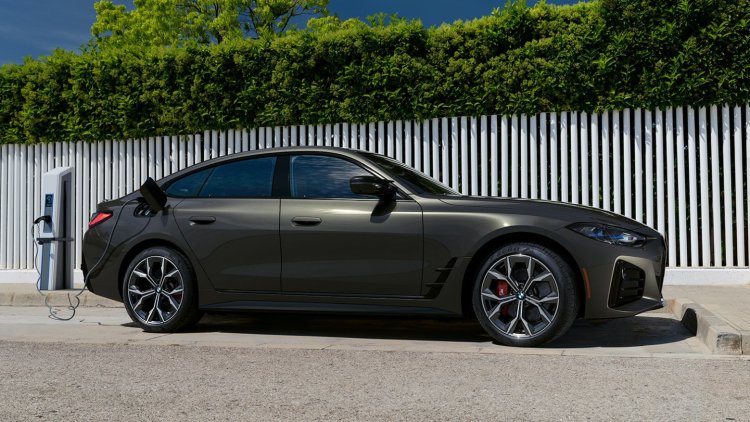 The eDrive40 is a weaker and cheaper variant of the BMW i4, driven by a single electric motor with a maximum output of 250 kW and 430 Nm of torque that rotates the rear axle wheels. The more powerful M50 variant uses two electric motors to ensure all-wheel drive, with the greatest power reaching 400 kW and the "twist" reaching 795 Nm.

Although the gap in specifications may appear large on paper, the basic i4 eDrive40 is an interestingly nimble car. The facts on acceleration from rest to 100, which the basic i4 can manage in 5.7 seconds, imply little.

Electric automobiles typically provide a pleasant tap and operate live at lower speeds, but at greater speeds, they lose energy. You won't have to worry about that with the BMW i4 eDrive40, which can reach speeds of up to 140 km/h. It's not precisely a terrible, hard kick in the back when you stomp on the right pedal, and unlike the "brick," you won't notice it at lesser speeds, but it's a significant pull.

When driving or driving quietly in the city, the electric drive works really well, which is due to the combination of silence and smooth operation of the drive system with a single-speed transmission.

The battery can be charged with an output of up to 205 kW, thus replenishing energy from 10 to 80 percent should take around half an hour, while charging from "zero to a hundred" from the home wall box (11 kW) takes about 8 and a half hours. The "life" charging periods will be comparable to those of the same technology used in the i40 M50.

The BMW i4 eDrive40 weighs more than 2.1 tonnes, but because of the battery under the floor between the wheels, it has a low center of gravity and unusual weight distribution. The Bavarian handles really well in corners and is very eager to reverse direction even with extremely sharp handling.

The combination of a relatively light front, specific weight distribution, and rear-wheel drive make the i4 an outright driving machine – despite the presence of an electrical system that, with its "dull direct" effect (you don't deal with speed, traction, or shifting, and it also lacks sound), cannot be considered clearly distinctive.

In the i4, you can play with weight transfers nicely, for example, by tapping the brake before a fast change of direction to load a relatively light bow and therefore add more grip to the front wheels. The car then instantaneously responds to the steering wheel and turns to the desired location.

Because of the rear-wheel drive, precise work with the accelerator pedal will assist you with a track in the curve and at the exit. At the same time, it's amazing to see how the car can rely not only on a sturdy chassis but also on its rear-wheel-drive nature.

MICROSOFT PRESENTS WINDOWS 11: The most important update in the last 1...