The first game benchmarks of the Core i5-12400F come from China with a comparison against Ryzen 5 5600X in RDR2, SOTR and CSGO. 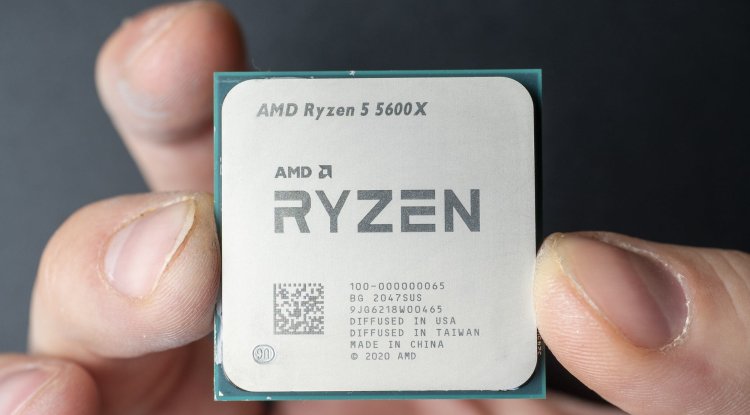 The first game benchmarks of the Core i5-12400F come from China with a comparison against Ryzen 5 5600X in RDR2, SOTR, and CSGO.

More Alder Lake processors are expected for January, including in particular the Core i5-12400 (F), which is traditionally the budget CPU in Intel's portfolio for gamers. Of course, nothing is official about the coming information, but some things are considered certain. In addition, an initial performance assessment of the CPU comes from Asia in the form of benchmarks in applications and games. That’s not to be overestimated, but rather as a point of reference or a first impression, since many environment variables are not entirely clear.

The measured Core i5-12400F without IGP comes, as expected, with 6 P cores and has 12 threads. E cores are completely missing; So you have a modern six-core without hybrid technology, like the Ryzen 5 5600X, and that's exactly what Intel has to compete against. In the benchmarks, the Core i5-12400F is faster than the Ryzen and its direct predecessor, but sometimes also faster than the Core i7-11770K. This is not surprising, especially when comparing Ryzen; Alder Lake is the newer product and in the middle class you had enough time to tailor the Core i5-12400F exactly to its market environment.

The CPU should rank around 200 euros; in the long term even lower in the street price and thus also quite significantly below the Ryzen 5 5600X, with probably more performance. In terms of price, however, this should not be overestimated, because the platform costs are probably higher with Intel than with AMD, due to motherboard and memory prices. You will have to see how they level off at the beginning of the year. The low CPU costs, the Intel Core i5-11400F changes hands for 160 euros, are not the only cost center. Bargain hunters also rely on DDR4 memory and sacrifice some performance.

In the Timespy CPU score, the 12400F is 13 percent faster than the Ryzen. As soon as it becomes practical, a slightly different picture emerges. The games measured in 1080p push the field together. In the game Counter-Strike Global Offensive, the differences between the main opponents are hardly worth mentioning; Red Dead Redemption 2 is 5.5 percent for Intel; 2.3 percent of Shadow of the Tomb Raider goes to AMD. Regarding the small index from all measured values, the Alder Lake is a bit ahead of the Vermeer and always within reach of the more expensive Intel Core i7-11700K, and anyway well ahead of the Intel Core i5-11400F.

It is also very interesting that the testers stated a maximum of 60 degrees Celsius under load in their environment and 80 watts of power consumption. That would be a touch better than the Ryzen 5 5600X.

The hint that all the small Alder Lake processors have to get by without the E cores is no longer brand new. That was already leaked in early portfolio leaks. The Core i7-12700F with 8 P cores and 16 threads (2.1 / 4.9 GHz) gets 4 E cores (1.6 /? GHz). This means that there are no more surprises. The 100 MHz, which the Core i7-12700F is slower than the K brother, should hardly be of any consequence in practice.