Dying Light 2 also has to put up with a discussion about a graphics downgrade. Techland had shown a mission at E3, which is still in the game today. 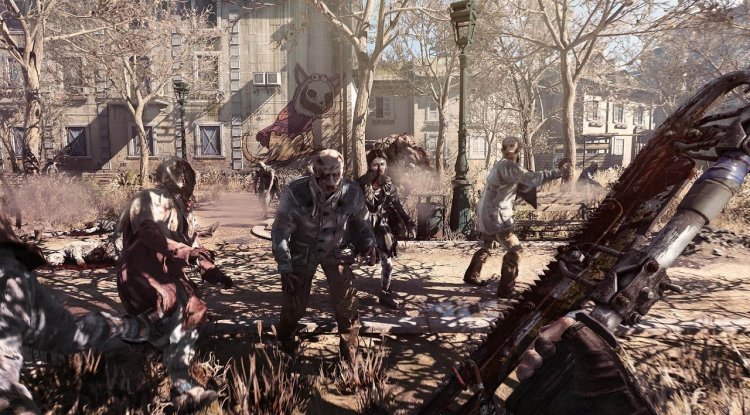 Dying Light 2 also has to put up with a discussion about a graphics downgrade. Techland had shown a mission at E3, which is still in the game today and was probably ready at the time as a polished, vertical disc for presentation purposes.

Dying Light 2 is popular, but it also has to put up with one or the other criticism. The developers at Techland still have a few patches to prepare and the storage system, in general, doesn't find many friends, since the triggers for the autosave are sometimes set a little annoyingly. A new discussion is now going on with the graphic processing - we are talking about downgrades.

The presentations for E3 2018 and 2019 were used. Techland showed excerpts from the game; these are mostly either specially created demos or so-called vertical slices, visualized as an in-game pie slice that has been polished for presentation purposes while the rest of the game isn't quite there yet.

The presentation material looked much better in 2018 and 2019 than the finished game in 2022. The lower density of buildings and the allegedly reduced lighting are criticized. At that time, more saturation was used in the game; this makes the game look more colorful and less realistic. High contrasts also always help to flatter the eye.

Interestingly, you can compare the mission that Techland once showed as a vertical disk quite well, since it's also in the finished game. The difference is already noticeable there. The question of how to evaluate that is more difficult. There are always discussions about graphics downgrades - even The Witcher 3 and GTA 5 would have to downgrade one day. The question is: Can one really expect presentation material for a trade fair, which is quite obviously created for promotional purposes and usually labeled, to correspond to the finished game? In general, it would of course be desirable if the developer advertises what the customer actually gets, but you can't blame him for wanting his product to look the best it can.

In other news, Dying Light 2 is one of the most important games scheduled for the first quarter of this year, particularly from a technological standpoint, because, as we have previously stated, it will feature ray tracing applied to both lighting and reflections, as well as shadows. This implies it will join a select group of titles that make advanced use of this technology, a group that includes titles like Control, Metro Exodus Enhanced Edition, and Cyberpunk 2077.