There has been a debate for some time about whether blockchain is indeed decentralized or managed by a small group of individuals and companies. 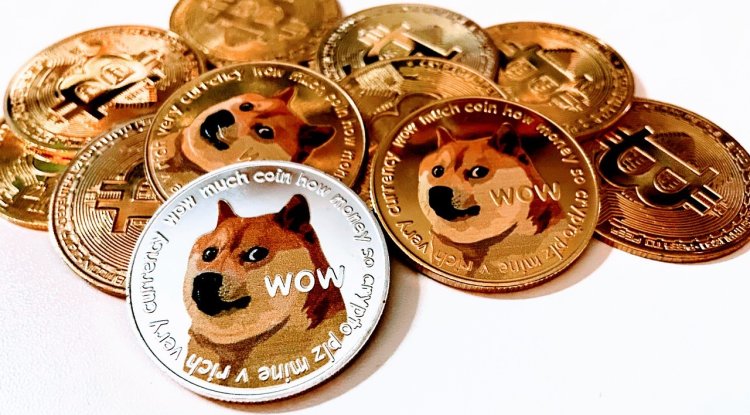 There has been a debate for some time about whether blockchain (which created the idea of Web3 – a new internet that would be more anonymous and free thanks to this technology), and with it Bitcoin, is indeed decentralized, or managed by a small group of individuals and companies.

Sometimes it seems that Elon Musk is playing a game with Dogecoin cryptocurrency, which is understandable – it did start as a joke.

He recently revealed why he loves this digital money after all, and tried to explain his complicated relationship with the cryptocurrency. Even though it started as a joke, Doge eight years later, the cryptocurrency was on the list of the most talked about ones.

It's a concept that doesn't require much thought - users of the currency, like any other, buy and store it until something unusual happens, such as Elon Musk's tweets.

When Bitcoin emerged, many were fascinated by the possibilities offered by the new technology - the cryptocurrency enabled transactions with low fees and freedom that are not possible with traditional currencies. Because Bitcoin is an open source, many have started copying it, so new currencies, such as Litecoin and Peercoin, have emerged.

Dogecoin came as a witty response to the new trend, and was made in December 2013 by software engineers Billy Markus and Jackson Palmer. It's a copy of the Litecoin currency, with a picture of a Shiba Inu dog and metaphors related to a trip to the moon. It quickly gained a significant number of admirers, and most appealed to those who liked the idea of cryptocurrencies, but who wanted to make fun of Bitcoin.

One of doge currency creators recently explained on Twitter that he is not a "big fan of Bitcoin," as this one serves to create new rich people. He added that his goal is to build, earn and have fun, not support cryptocurrencies that give power to some new giants.

There has been a debate for some time about whether blockchain (which created the idea of Web3 – a new internet that would be more anonymous and free thanks to this technology), and with it Bitcoin, is indeed decentralized, or managed by a small group of individuals and companies. Musk leads the way in that debate, and was recently joined by Jack Dorsey, chief executive of the Twitter platform, who noted that Web3 will fail to meet the initiatives of those who have tailored online freedoms so far.

Musk responded to his tweet and rushed to add that this is precisely why he advocates Dogecoin, because he himself doubts others. And he's not the only one, according to the last study The US National Bureau of Economic Research fears that blockchain and Bitcoin are not decentralised which is not far from the truth, as it has been concluded that the top 10,000 bitcoin owners hold five million digital coins, which is $232 billion.

Unlike large cryptocurrencies, Dogecoin is an outcast. One of the biggest buyers is Musk, and therefore he mostly affectes the value and future. In 2014, Tesla Inc. invested $1.5 billion in this currency. Many warn him that this is not a serious way of investing in anything, but he continues to fight the richest, to whom he belongs.

It remains to be seen how much the tweets will affect the fate of cryptocurrencies, but also web3 "the next internet," which promises an online utopia, thanks to blockchain and decentralization.