Everyone is talking big about the new series with Nicole Kidman, and here’s what it’s all about

Hollywood star Nicole Kidman has once again joined forces with the creator of the hits 'Big Little Lies' and 'Breakdown' David E. Kelley, and for the summer they have prepared the next big television hit 'Nine Perfect Strangers' 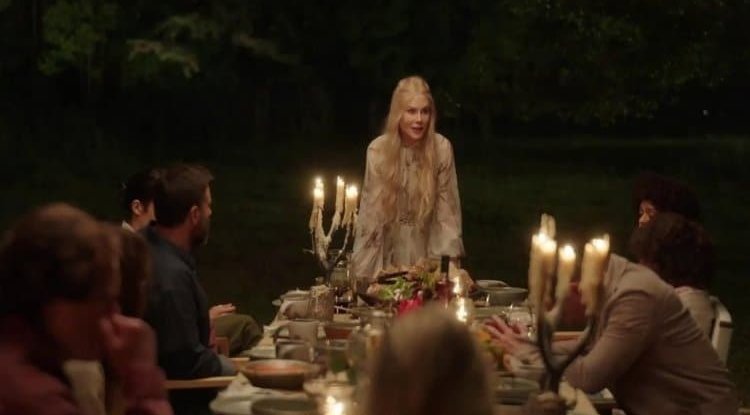 The eight-part series is an adaptation of the successful novel by Liane Moriarty, who is also the executive producer of the series and has also written one episode. It is reasonable to believe that a big hit awaits us, because 'Big Little Lies' was based on the book of the same name by this author, who worked closely with Kidman and Kelly on the award-winning adaptation.

In the series, Kidman embodies the seemingly serene director of a mysterious wellness center called Tranquillum, which provides a peaceful haven for nine tired, stressed guests. However, things slowly begin to unravel and guests soon discover that their escape from stress comes at a price. The idyllic place that promises them a path to enlightenment is also beginning to show its sinister side, which threatens their downfall.

‘I am extremely proud that we were able to come together last year and bring the filming of‘ Nine Perfect Strangers ’to Australia during the global Covid-19 pandemic. Partnering with Melissa McCarthy, re-collaborating with David Kelley, Liane Moriarty, and my production cohorts, joining forces with Hulu in the US, and finally a global distribution deal with my home studio Amazon ... The stars have settled in and I'm thrilled ', Nicole Kidman said in a statement.

In an impressive cast, alongside Kidman who plays wellness guru Masha, Melissa McCarthy has been nominated for an Oscar. She plays the romantic author of the novel, Frances Welty, who comes to Masha's health resort for a 'necessary repair'. Other guests at the center include a divorce lawyer played by Luke Evans, Regina Hall as a single mother, Melvin Gregg and Samara Weaving who play a wealthy but irritable couple, and Michael Shannon, Bobby Cannavale, and Grace Van Patten. Tranquillum staff starring Manny Jacinto and Tiffany Boo.

The first three episodes of the series will be released on Amazon Prime Video on Friday, August 20th, and the remaining five will arrive in a weekly rhythm until the final episode on September 24th.